Support us
Fish plunderer on fire

For 4 weeks, the Saharawis had protested peacefully in a camp outside the Western Sahara capital, against unemployment and discrimination. When the camp was destroyed by the Moroccan army, killing several Saharawi, the protesters went into town, where they set on fire symbols of the plundering.
Published 10 November 2010


Monday 8 November, the Moroccan army destroyed a peaceful protest camp in Western Sahara. The camp had developed over the last weeks.

Saharawi have protested the marginalisation they face in their own country, and the plunder of the territory. Several governments and companies take part in the plunder, without consulting the Saharawi people. This is in violation of international law, as stated by the UN.

As the protesters were forced to El Aaiun, street riots broke out, against symbols of the Moroccan occupation.

From what Western Sahara Resource Watch has been told, an office of the Delegation for Energy and Minerals in Smara Avenue was put on fire. Also a truck of fish was observed destroyed. Such trucks normally transport fish from the occupied territories northwards to Morocco.

Most people employed in the fisheries sector in Western Sahara are Moroccan settlers that Morocco has moved into the territory in violation of the Fourth Geneva Convention. Western Sahara is treated by the UN as a Non-Self-Governing Territory - a colony.

Several Saharawi have been reported killed by the Moroccan forces. 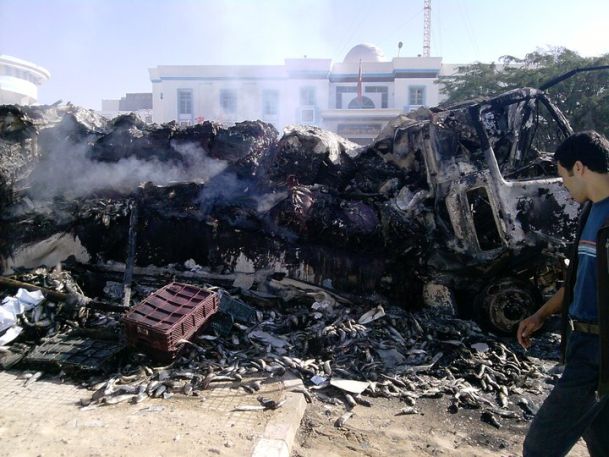 Below is the Moroccan bank Banque Populaire 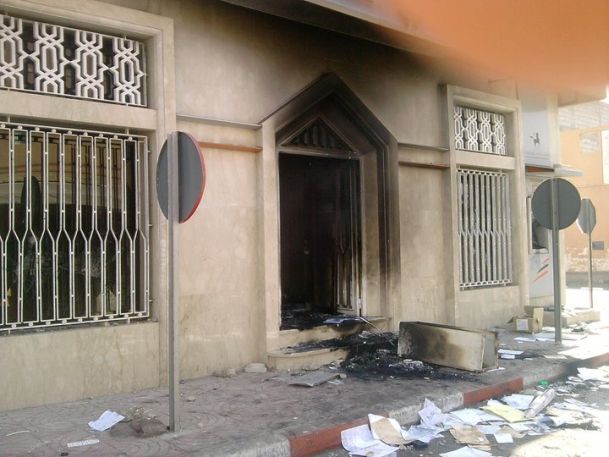 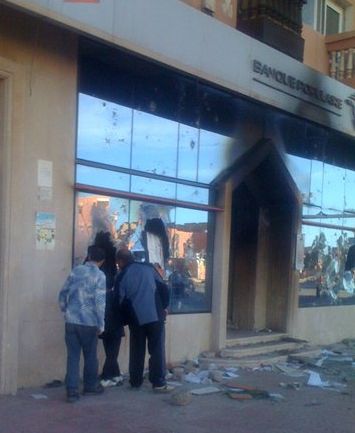 EU-funded research back in Western Sahara

A Moroccan vessel carrying out controversial marine research, paid for by the European Union, is again spotted in the waters of occupied Western Sahara.

Morocco spends most of EU's fish support in occupied land

Most of the EU's financial support to Morocco under the EU-Morocco fisheries agreement has been spent on occupied land, new government report reveals.

Through the deal, Russian trawlers will fish exclusively in the waters off occupied Western Sahara.