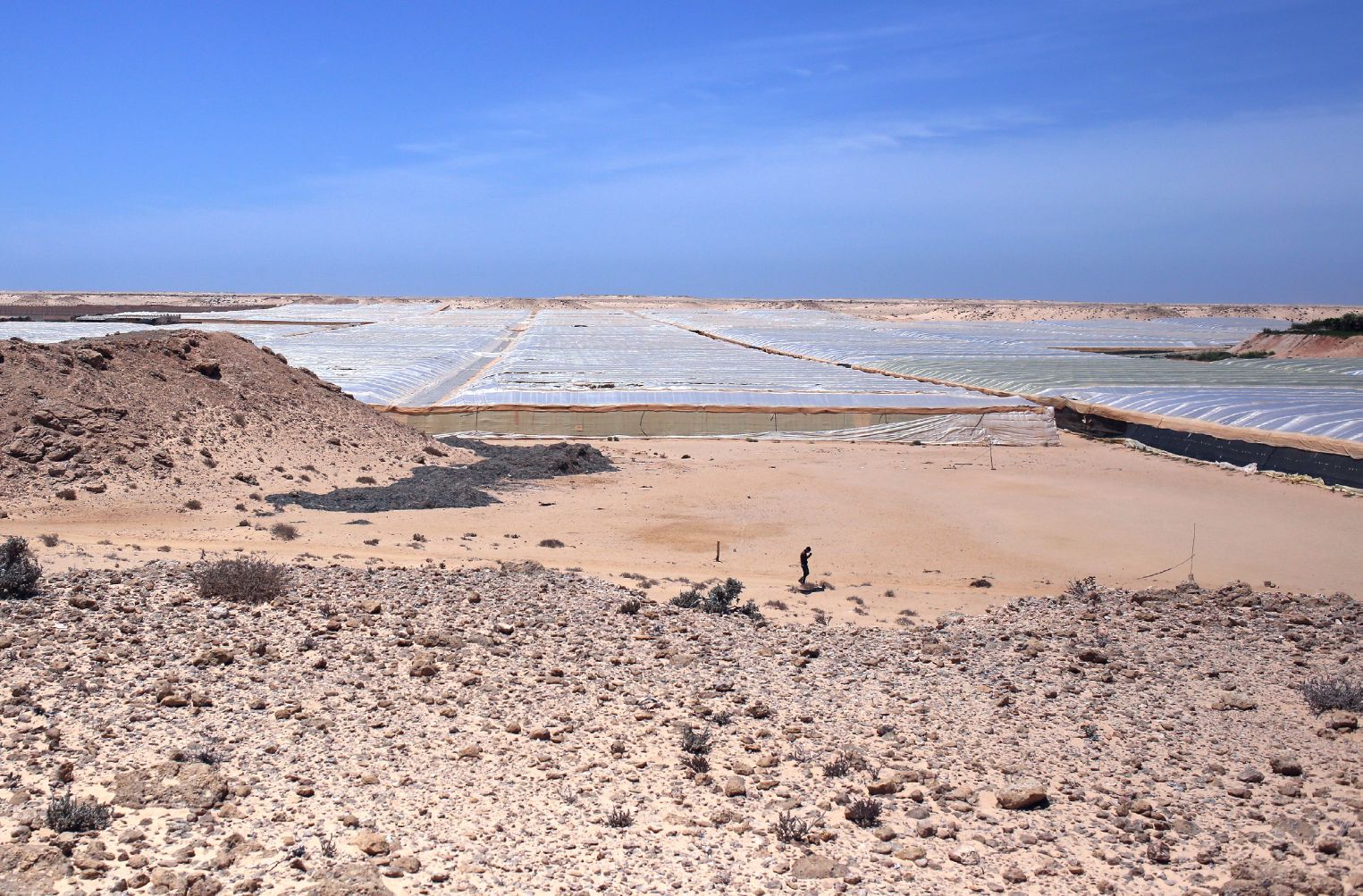 The underground water reserves of occupied Western Sahara are allegedly being drained by the agricultural industry in the territory.

On 2 April, Moroccan newspaper Lakome featured an article casting doubts on the longevity of Dakhla’s underground water reserves, given that the owners of large agricultural plantations surrounding the city have resorted to drilling water wells threatening the underground water basins.

The article backs up information presented by Western Sahara Resource Watch in its report Label and Liability last year, covering the trade of agriculture products from the desert land of occupied Western Sahara to the European market. The non-renewable water resources in the Morocco-occupied territory could potentially be emptied at the point when the conflict is solved.

Lakome interviewed Elmami Bouseif, president of the Regional Council of Oued Eddahab-Lagouira – a vast region spanning the southern part of occupied Western Sahara. Bouseif accuses the agro-industry near the town of Dakhla of violating laws governing the use of underground water. Bouseif was quoted saying that “a number of farm owners are drilling water wells without possessing the necessary licenses allowing them to do so. This poses a serious threat to the underground water reserves of Dakhla”.

Bouseif claims to have raised the issue last month with the Minister for Energy and Minerals, Fouad Douiri. The latter had promised to study the matter, says Bouseif, but nothing has been heard since.

When questioned by Lakome, the Minister denied Bouseif’s allegations that farm owners are pumping up water without permission. He added that the water agencies are keeping a close eye on such matters, and that other institutions aren’t supposed to be meddling. However, there are no reports that back his claim.

Yet it was precisely the local water agency of Dakhla that pointed out more than a year ago that the city would be facing a serious shortage of water by 2030. Their calculations predict that an additional 19,9 million cubic metres of water would have to be imported into Dakhla, in order to sustain the current level of water use. This prompted the government to announce a study on the state of the water reserves and the agricultural impact on those reserves. In the mean time, there would be a freeze on licenses for undertaking agricultural activities in the area.

But a year down the line, no advances are being made to research Dakhla’s water potential. The Ministry cites the vastness of the area as the reason for not being able to present any findings so far. But sources linked to Dakhla’s plantations say that the farm owners are lobbying hard to keep any such study off the table. The potential negative outcome would mean that they’d have to cease their activities, ending up costing them hundreds of millions of Dirhams in annual revenues. On the other hand, a positive conclusion on the use of the water reserves may attract competitors, adversely impacting the farm owners’ negotiating position with foreign importers.

Dakhla’s non-renewable fossil bed is estimated at 142.865 square kilometres. The underground water allows for cost-effective growing tomatoes and other fruits and vegetables. The plantations in the area span around 700 hectares, unevenly distributed among the farms.

A source closely linked to the agricultural businesses in Dakhla told Lakome that the techniques used for growing tomatoes are very water-consuming. Tomato seeds are not planted into the earth, but in small containers equipped with a dripping system, which uses a lot of water. The source also stated to the newspaper that chemicals are being used, posing an additional threat to the aquifer.

Further provoking the people of the region, is the fact that the farms are exempt from paying taxes to the treasury, as opposed to farms in Morocco proper.

Adding insult to injury, the plantations do not seem to hire their workforce locally. Mohamed Lamine Hormatallah, a member of the Moroccan Parliament for the Istiqlal party and joint-owner of a Dakhla farm with Moroccan businessman Mohamed Tazi, confirms to Lakome that workers are being brought in from outside of the Dakhla area. The production of the farms is export-oriented.

The newspaper article concludes that the locals consequently lose out on many levels: the produce nor its revenues end up on their plates, while their graduates are not being employed in the industry that is taking away their most valuable asset; water.

A cable from the US Embassy in 2005 problematised an issue which remained unaddressed by the EU's recent opening up of agri-trade with Morocco. "The longevity of Dakhla's fresh water aquifer is unknown", stated the note.
22 June 2012