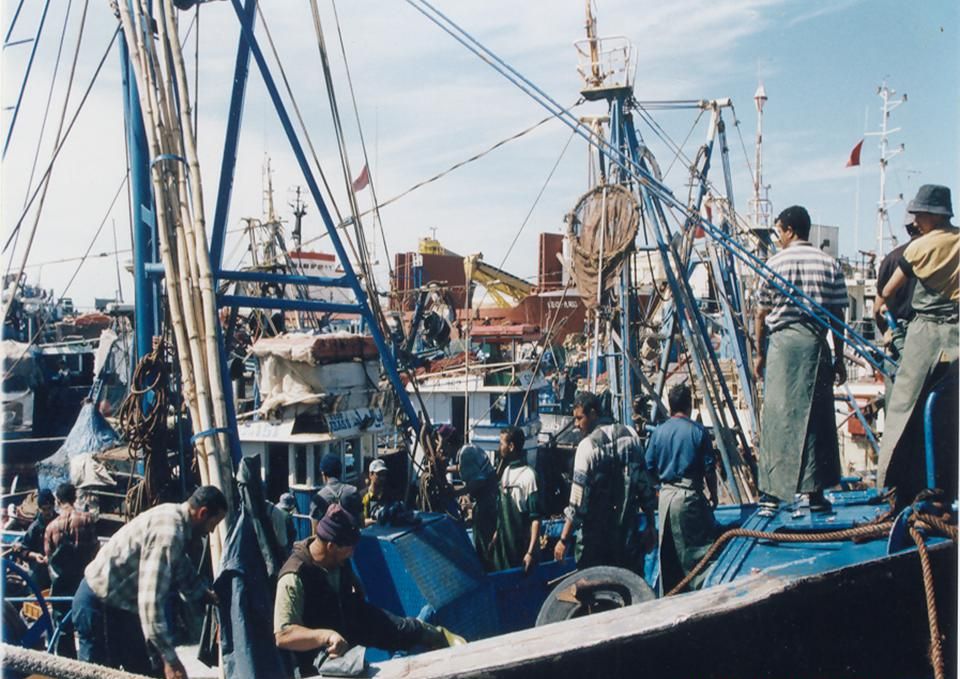 Confirmed: the EU and Morocco have concluded their negotiations for a new Fisheries Agreement and Protocol of Implementation. The waters adjacent to the occupied Western Sahara will be expressly included.

Talks that have commenced in April have come to fruition: the EU and Morocco are reported to initial a new Fisheries Agreement and its implementing Protocol today, 23 July, in Rabat, Morocco.

The joint-statement of the EU Commission and Morocco announcing the new agreement does not contain any reference to Western Sahara. The statement, that is only available in French, reads as follows (translation by WSRW):

"The Kingdom of Morocco and the European Union have agreed on the content of the future sustainable fisheries agreement and its Protocol of application. Therefore, the two parties have agreed on the provisions and the improvements made to these texts in order to maximize the impact and benefits for the local populations in the concerned areas, while respecting the principles of sustainable management of fisheries resources and equity.

The Kingdom of Morocco and the European Union welcome the constructive spirit that prevailed in these negotiations, which confirms the commitment of both parties to strengthen their partnership in two strategic sectors: agriculture and maritime fishing.

Both Parties engage to take the necessary measures for the entry into force of the Fisheries Agreement and its Protocol as soon as possible, taking into account their respective procedures. The two Parties will remain in close contact in the spirit of consultation and partnership that unites them during the transition period until the entry into force. "

This development has taken place despite the fact that the Court of Justice of the EU in February 2018 ruled that Morocco and the EU are in no position to enter into a fisheries deal covering Western Sahara.

"As no effort has been made to seek the consent of the people of Western Sahara, a new deal with Morocco for these waters will be illegal. We call on the EU to support the UN peace process in Western Sahara, and not lend a sign of legitimacy to Morocco's groundless claims to the land and waters it occupies", stated Western Sahara Resource Watch coordinator Sara Eyckmans regarding the new development.

The previous Protocol expired on 14 July 2018, forcing EU ships to leave Moroccan waters. Vessels were supposed to have left the waters of Western Sahara on 27 February 2018, following a judgment by the Court of Justice of the European Union invalidating EU fishing in Western Sahara through a deal with Morocco - though several vessels from Spain, France, Denmark and Germany have been spotted fishing in Saharawi waters since.

There is still little information available about the actual content of the newly negotiated Agreement and Protocol. There is no information yet on the financial part of the deal, i.e., how much the EU will have to pay Morocco to fish in both the waters adjacent to Morocco, and those adjacent to Western Sahara - as the latter element is unmistakably clear: Western Sahara's waters have been explicitly included in this EU-Morocco agreement, as had already been settled in the EU Commission's negotiation mandate. The approval of the EU Member States - the EU Council - of that mandate triggered the Western Sahara liberation movement Polisario to initiate legal proceedings against the Council.

The proposed texts still require green light from both the EU Member States and the EU Parliament, while also having to go through the legislative process in Morocco.

The Moroccan government was quick to claim the fruitful negotiations as a political victory. Morocco's Ministry of Foreign Affairs communicated that "the negotiations on the renewal of the Fisheries Partnership Agreement concluded between the Kingdom of Morocco and the European Union have resulted in the inclusion of the Moroccan Sahara, which is a step that strengthens Morocco in its quality of the sole interlocutor to negotiate international agreements including the Sahara".

“The attempts by Morocco’s opponents to question this exclusive jurisdiction have been both disavowed and rejected,” says the Ministry, noting that this stage has turned “a new page on the path of overcoming the judicial vicissitudes and vain attacks by third parties”.

"Throughout the negotiation process, Morocco has been clear and firm on its national fundamentals: the Kingdom has never concluded – and will never conclude – an international agreement that compromises its sovereignty over its southern provinces", says the Ministry. "Morocco has once again clearly demonstrated its determination to uphold its fundamentals, because “its territorial integrity is, and will remain, a red line that cannot be subject of any compromise”.

In Madrid, the Minister of Agriculture, Fisheries and Food, Luis Planas, expressed Spain's satisfaction with the future Agreement and its Protocol of Application, stating that it "demonstrates the stable and deep relation between the EU and Morocco". He furthermore stressed the importance of Spain in this negotiation process, with Austria - currently holding the EU Council presidency - allowing Spain to take over chairmanship of the working group for fisheries regarding the conclusion of the agreement.

As early as Friday morning, 20 July, while the EU Commission was still shrouded in silence, the Spanish Minister for Agriculture Luis Planas broke the news on Spanish Radio Nacional, that the fisheries agreement "had already been settled on the basic aspects". Spain is considered the main beneficiary of the agreement, being the home country to the overwhelming majority of fishing vessels that are affected by the partnership with Morocco.