Support us
Saharawi fishermen in Dakhla protest against discrimination

This morning, Saharawi fishermen gathered in front of the Delegation of Fisheries in Dakhla, to protest against discriminating employment practices and destructive marine management.
Published 11 January 2013


A press release by the fishermen associations Nawras, Qindil and the Association of Sailors working onboard Fishing Vessels, says that more than 50 fishermen had teamed up for the protest.

Grievances over what they claim are discriminatory practices of a company responsible for assigning fishermen onto vessels brought them to protest in front of the Delegation of Fisheries, an institution of the Moroccan government that has occupied parts of Western Sahara since 1975. The fishermen blame the recruitment bureau for excluding the Saharawis, the native inhabitants of the area, while giving preferential treatment to fishermen from Morocco proper.

The protesters furthermore aired their disapproval of destructive fishing practices by the Russian fleet. Russian trawlers have returned to Western Saharan waters late December, almost immediately after the conclusion of a new Russian-Moroccan fisheries agreement.

The Saharawi fishermen say that the Russians have little respect for the marine wildlife in the region. They contend that the Russian vessels still use internationally banned fishing methods such as driftnets. Endangered species and marine mammals, such as dolphins and whales, are frequently caught and die in these nets. According to the fishermen, the Russians get away with it as official observers who should be monitoring vessels’ compliance with rules and regulations set forth in the agreement, are largely absent.

Though the agreement grants 10 Russian trawlers access to the Moroccan waters, WSRW has thus far observed 8 of the vessels fishing in the waters of occupied Western Sahara. The previous agreement stipulated that the Russians had access to the Moroccan Exclusive Economic Zone, which does not include Western Saharan waters. Yet then, like now, the Russian fleet was predominantly active in occupied waters. 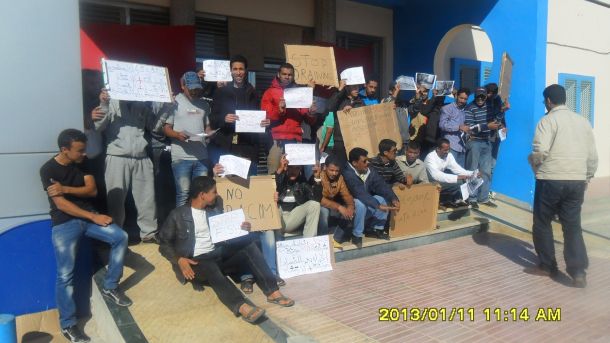 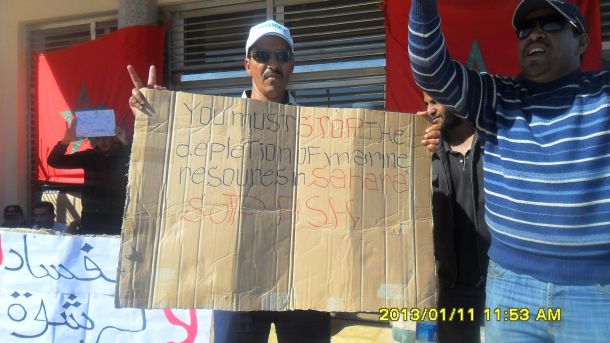 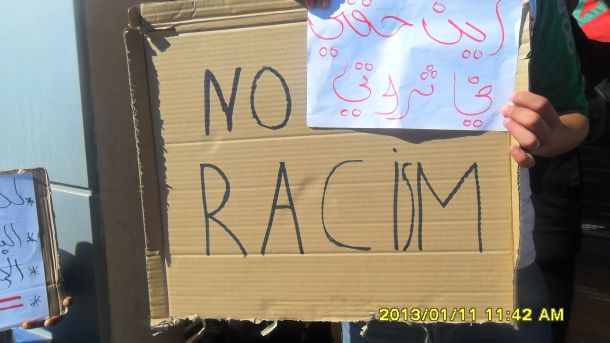 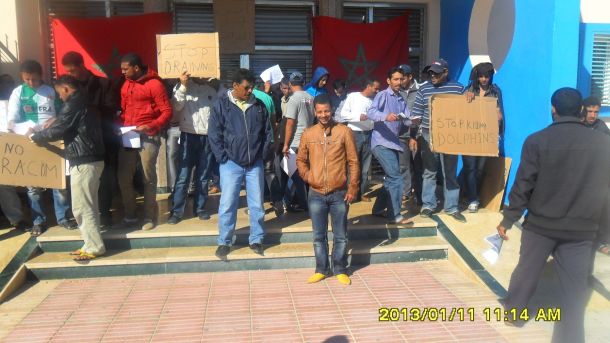