On Saturday, Saharawi fishermen blocked the entrance to the harbour of Dakhla for two hours, in protest of abominable working conditions, discriminatory recruiting practices and overfishing.
Published 27 May 2013


According to Moroccan newspaper Lakome, the protest is a direct result of the fishermen's dire working conditions, and the discrepancies in salaries.

But the fishermen themselves have commented to Western Sahara Resource Watch that the protest was just as much about unsustainable fishing practices as it was about the socio-economic discrimination they face compared to their Moroccan counterparts.

By cutting off the main entry road to the port, the fishermen specifically targeted a number of trucks that were about to transport sardines to the city of El Aaiun, thereby preventing them from leaving the harbour. One of the larger trucks fell over towards the end of the protest. (See photos below).

The protesters claim that vessels that are equipped with a refrigerated sea water system (RSW), which are abundantly present in the Dakhla ocean area, are landing far more catches than they are authorised to. More than half of those catches are subsequently transported to fish meal factories in El Aaiun, they say.

In a statement received by WSRW, the fishermen associations declare that they will consider indefinitely blocking the sardine transport to El Aaiun, until their demands have been met. The Saharawi people should benefit from the wealth harboured in the fishing zones off Western Sahara, they write. "A wealth that is being depleted by Morocco while Saharawi live in extreme poverty from Assa to Dakhla", the statement concludes.

The protest quickly triggered an intervention by the Moroccan armed forces, stationed in the area. 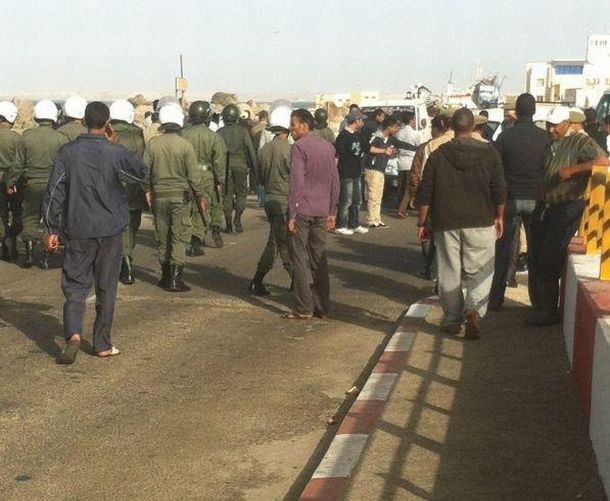 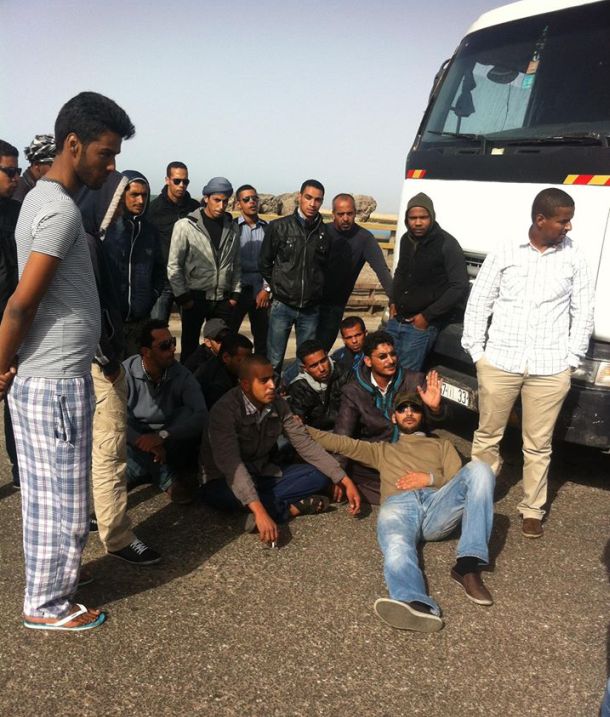 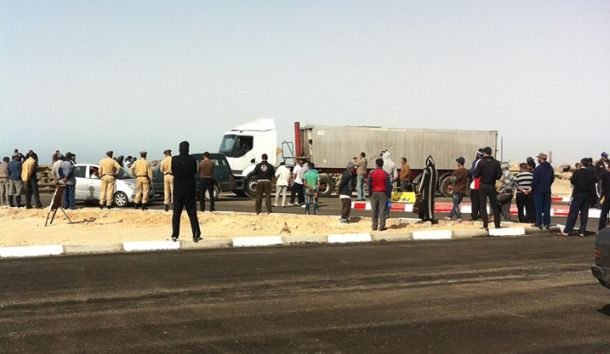 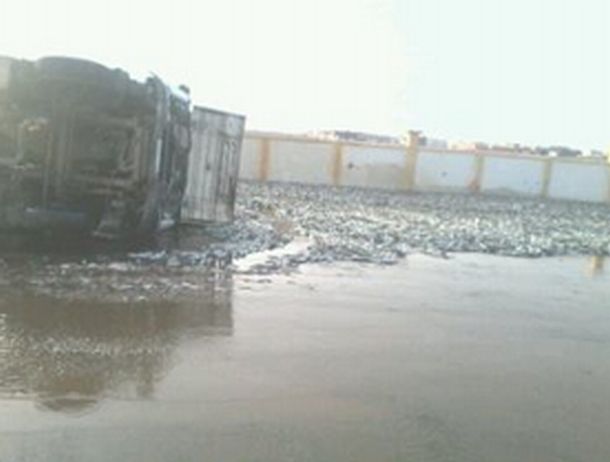 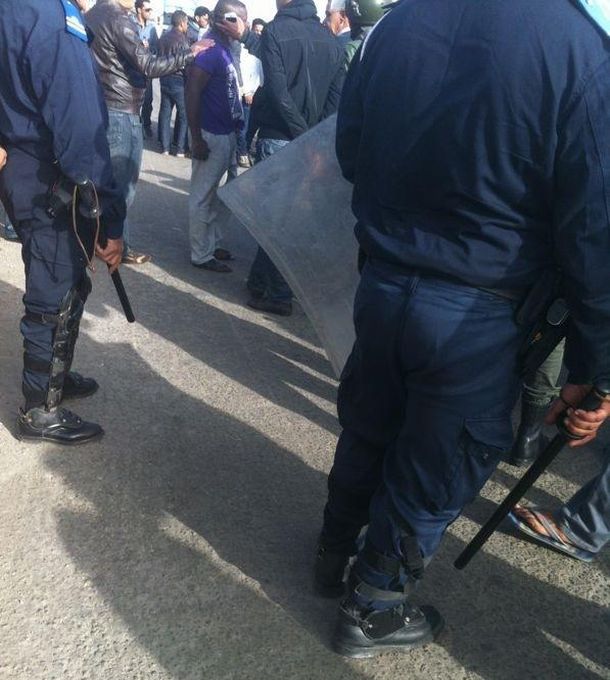