Eleven EU states have received fishing rights offshore occupied Western Sahara as part of the concluded Fisheries Partnership Agreement with Morocco. The owners of the fish, living under acute humanitarian conditions, receive emergency aid from the EU worth only a fraction of what these eleven states will harvest.
Published 11 February 2014


The Moroccan parliament 10 February 2014 adopted the EU-Morocco Fisheries agreement. With the political process now completed, EU fishermen anxiously await the end of technical procedures so they can set sail for Morocco – and Western Sahara, Africa’s last colony that is largely occupied by Morocco.

Morocco has no legal or moral entitlement to sell of Western Sahara’s rich fish stocks; a fact which the EU chose to ignore when agreeing to the deal. But which EU Member States benefit from the highly controversial agreement?

The table below shows the allocation of fishing licences or quota per fishing category, as agreed by the European Council last year November. Four of the six categories open up for fishing in Western Sahara, due to their geographical scope: while each of these categories has a northern geographical limit, everything south of that specific latitude appears to be free game. These are categories 3 to 6; small-scale fishing in the south, demersal fishing, tuna fishing and industrial fishing for pelagic species.

A lot of ink has been spilled on Spain’s hard-nosed interests in this particular agreement, as exemplified by Spain’s massive lobbying in favour of the deal. Out of the 108 fishing licences available under the agreement, Spain is indeed receiving the lion’s share: 90 licences. Half of those licences could potentially be used for fishing in Western Sahara.

The remaining 18 licences are divided among Portugal - receiving 14 licences, of which 4 could be used in Western Sahara - and France, which ends up with 4 licences that could all be used in the occupied waters.

In addition to the 108 fishing licences, the agreement allows for an annual 80.000 tonnes under the lucrative industrial pelagic category, which is up from 60.000 tonnes annually under the previous agreement. The 80.000 tonnes are divided into smaller quotas that are accorded to different EU Member States.

The pelagic fishing is particularly concerning, as it almost exclusively takes place in the waters of occupied Western Sahara. Morocco's own pelagic reserves have been severely overfished or even depleted. The pelagic stocks off Western Sahara are now running that same risk, being targeted by European and Russian industrial vessels through an illegal deal with the government of another country, and an increasingly large private industrial fleet sailing under Moroccan or Caribbean flags, as described in this Greenpeace report from November 2013.

The EU will pay Morocco 30 million Euros annually for these access rights, with an additional 10 million Euros being coughed up by the fishing sector. At same time, the people who fled from Western Sahara following the illegal occupation, are living in a desperate humanitarian situation. The EU pays only a fraction of the amount to the Saharawis in emergency aid through the EU humanitarian organisation ECHO. 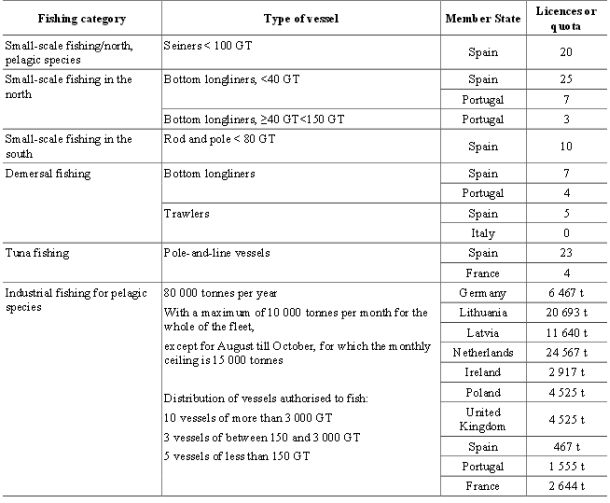