Support us
Letter from Elfayda to Kosmos Energy

"Dear chairman of Kosmos Energy. Today I tried to film a friend holding a banner objecting to your company’s activities in my occupied country, Western Sahara. The Moroccan police responded by hitting me. Here you see how my eye looked like afterwards. How should we protest against your presence in our country?", asked 18 year old Elfayda Khayya from Boujdour in a letter to the chairman of Kosmos today.
Published 15 April 2014

A group of women went into the streets with a banner against Kosmos Energy. However, the group was not allowed to demonstrate many seconds. Immediately after they were surrounded by police and forced to leave the street, while their banner was confiscated. Some of the women were pushed in the street, one were left with a wounded hand. Videos show hundreds of police men in the streets of Boujdour today. A European delegation witnessed the events.

One woman, 18 year old Elfayda Kayya, was about to film her friends with the banner. Today she sent this letter below to the chairman of Kosmos Energy.

Today I tried to film a friend holding a banner objecting to Kosmos Energy’s activities in my occupied country, Western Sahara. The police responded by hitting me. Here you see how my eye looked like. How should we protest against your presence in our country?

Your company is the main accomplice in Morocco’s illegal occupation of my country. Morocco has no right to look for oil in Western Sahara. No countries recognize Western Sahara as part of Morocco. We have the right to decide over our own oil – not you nor Morocco.

I am now going to report to the police what happened to me today. You can be sure that the police is never going to investigate it. They never do.

We have a visit from two friends from Europe these days. Yesterday, they wanted to go to the harbor to see the place where we believe you will use for a base for your dirty operations. Our two friends were not allowed to visit the harbor by the police. Since then, the police has been circulating our neighbourhood. Whole last night, 3 police cars drove in circles around our the house where the delegation was, they counted a police car passing by 20 times every five minutes.

We do not want your company here. How many more times do you want to see us beaten in public to object to your plans in Western Sahara? Please know that when I was beaten today, I was thinking of your company.

The police also took my camera today. Regretfully I therefore have no pictures of the banner that my friends were holding asking your company to not do operations here with the occupying power. The photo of my eye was taken by someone else. You find my photo attached to this mail. It is taken two hours ago. Again, please dont send your oil rig to our country. 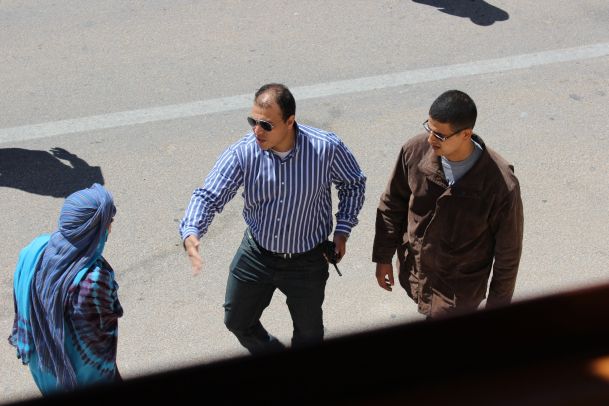 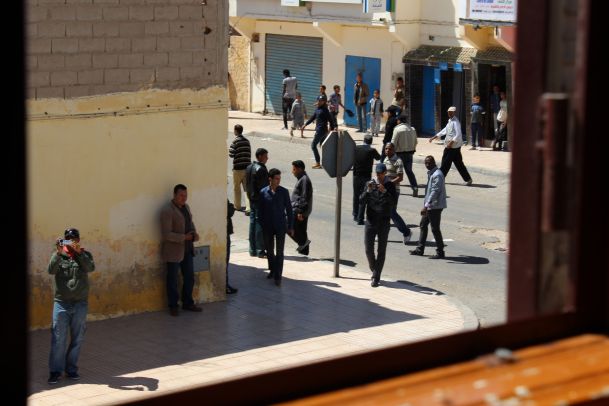 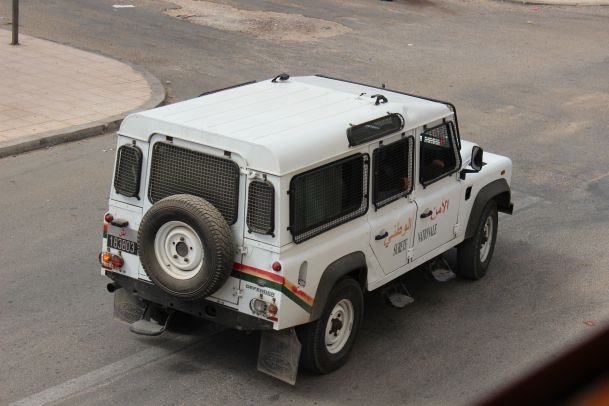 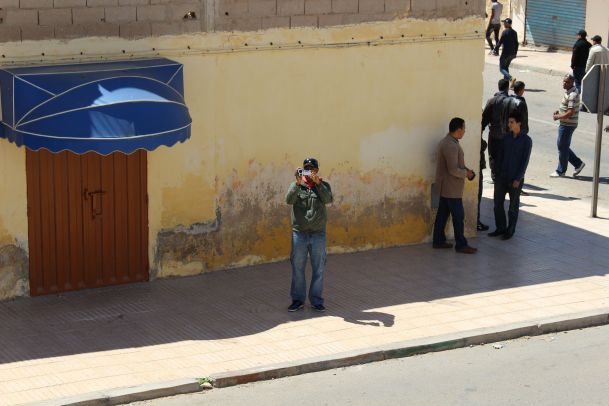 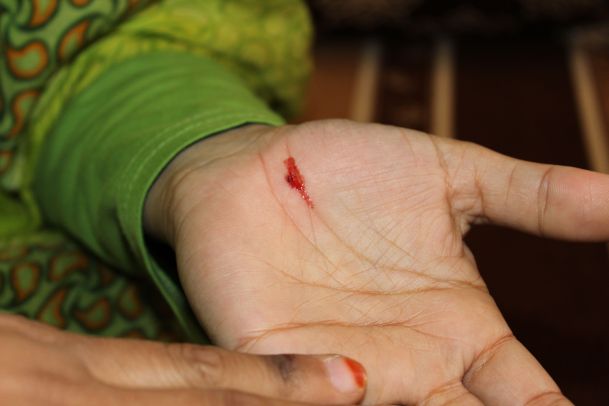