Today, refugees from Western Sahara organised a demonstration against the energy companies Siemens and Enel. The two companies refuse to follow UN demands of seeking Saharawi consent as they are building windmills for Morocco on their occupied homeland.
Published 06 November 2016


The people of Western Sahara has the final say over the management over the resources. This has been confirmed repeatedly, most lately by the UN Human Rights Council on 4 November 2016.

6 November 2016, hundreds of Saharawi refugees living in camps across the border to Algeria protested the two companies' operations. Half the people of Western Sahara has fled the territory following the illegal Moroccan occupation of the former Spanish colony. The demonstration took place in the camp called Smara.

Western Sahara Resource Watch has for several years tried to get answers from Siemens what it has done to seek the consent of the Saharawis, but the company fails to respond. Former UN Legal Counsel - who wrote an important opinion for the UN Security Council on such issue in 2002 - on 2 November 2016 stated such operations would be in violation of international law.

Siemens windmills alone supply 95% of the energy required by Morocco to plunder the non-renewable mineral resources of the land, according to a new WSRW report.

The demonstration was organised by three youth groups based in the refugee camps. The groups call on all attendees of COP22 climate talks in Marrakech these weeks to take the opportunity "to learn about the injustice committed by the Moroccan government" against the Saharawis both in the past as well as regarding the current "sustainable" energy projects, which are seen by many as cementing the occupation.

"The companies that plunder our natural resources, are not only stealing our resources but also steal away our dreams and our future and prolong the displacement of our people. This act favors the Moroccan policy and agenda to destroy the Saharawi People", the statement reads.

Morocco has occupied parts of Western Sahara since 1975.

Click each image below for high resolution pop-up version. 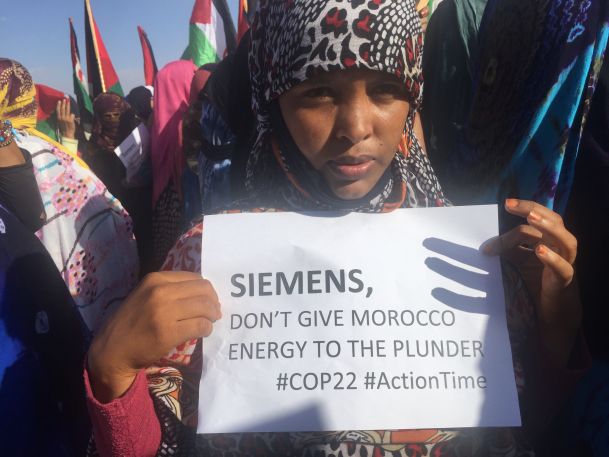 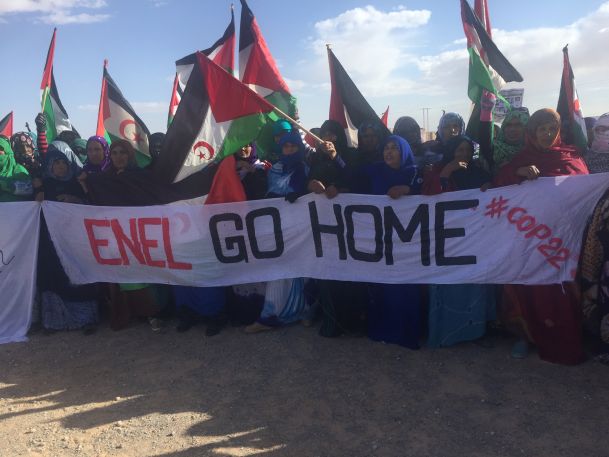 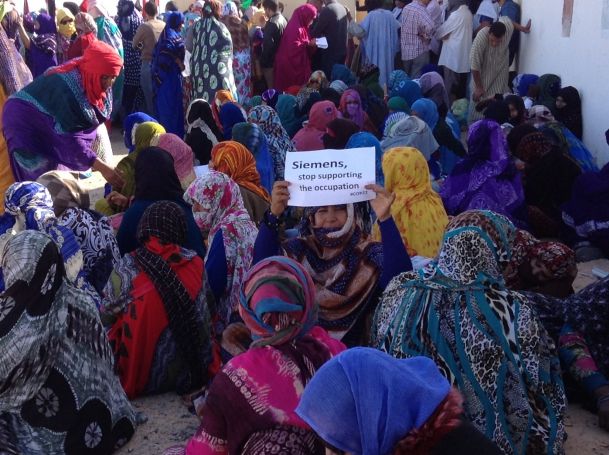 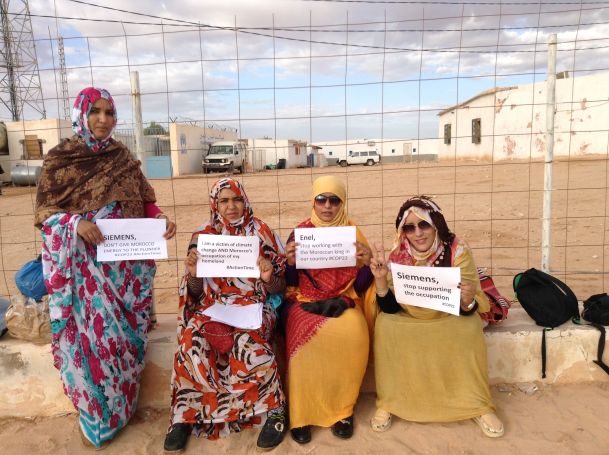 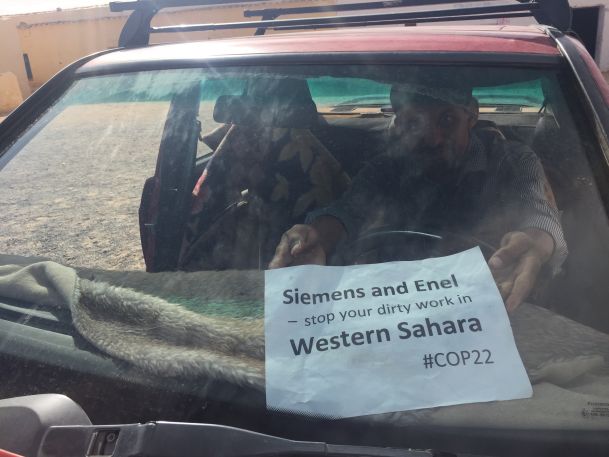 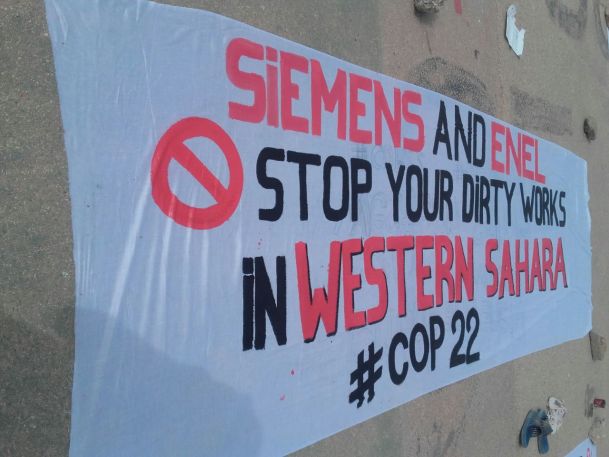 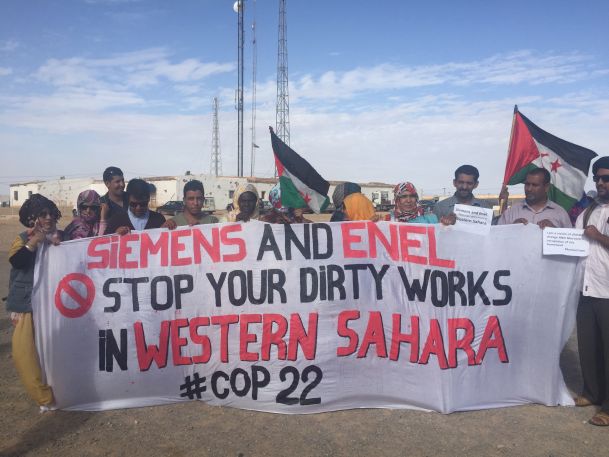 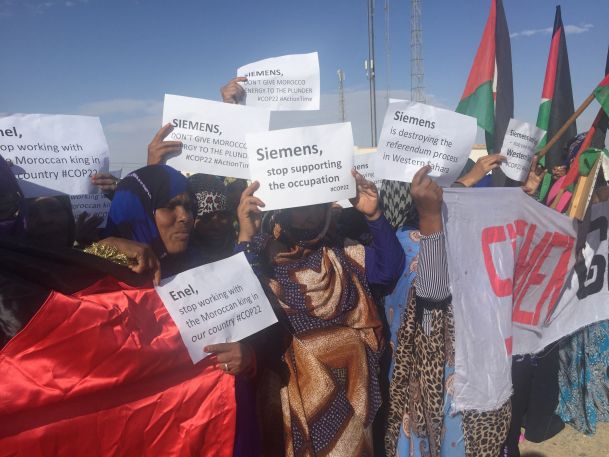 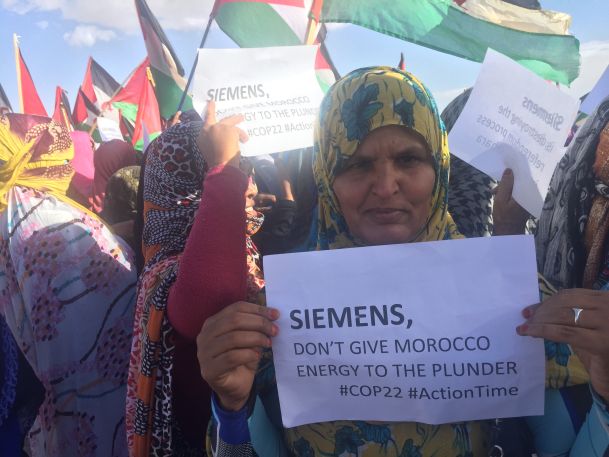 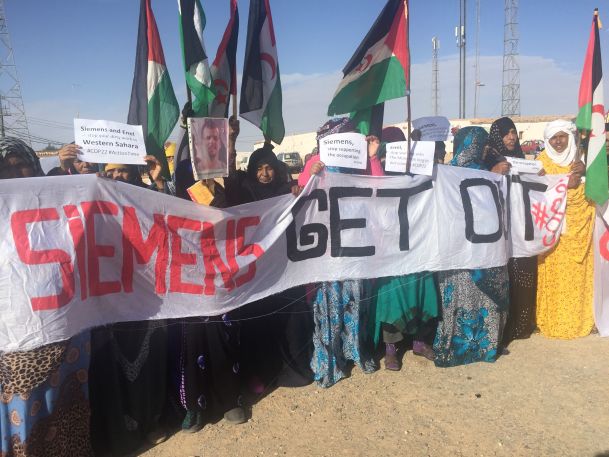 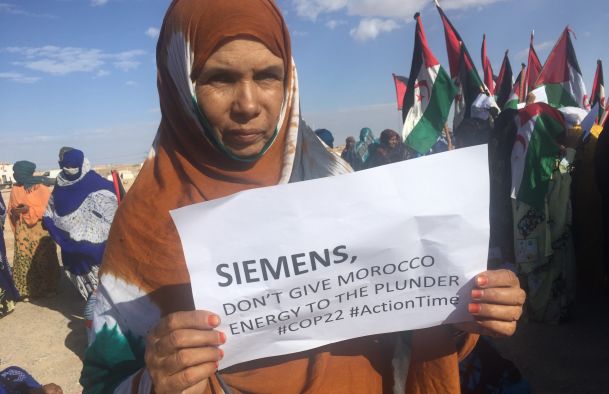 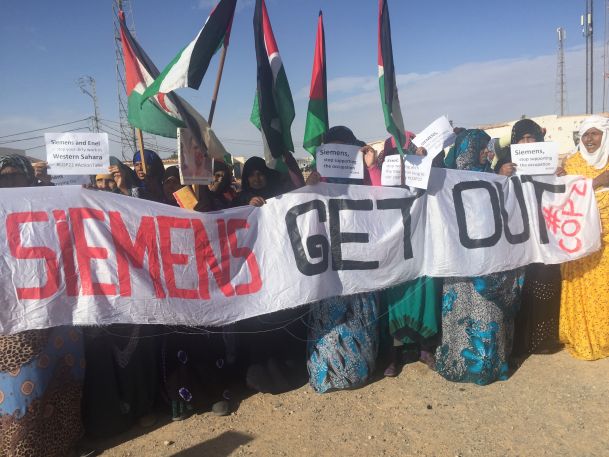