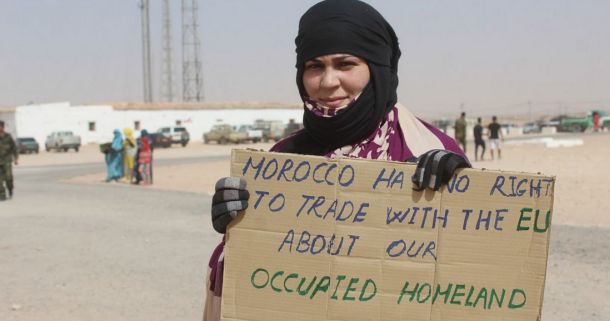 The Western Sahara liberation movement, Frente Polisario, has issued a statement condemning today's EU Council Decision to include Western Sahara in the Morocco Trade Agreement. Polisario appeals on the EU Parliament not to follow suit, and threatens further legal action if need be. Read the full statement here.
Published 16 July 2018

Original statement in French can be downloaded here.

The Frente POLISARIO takes note of the decision taken today by the Council of the European Union to sign an amendment to the EU-Morocco Association Agreement, intended to apply to the territory of Western Sahara, and condemns firmly this decision.

After the judgments of the CJEU of 2016 and 2018, all parties have come to recognise the authority of the court decisions: an agreement concluded by the European Union and Morocco does not apply to the territory of Western Sahara. For it to be applied to this Territory, a separate act is required based on the consent of the representative of the Sahrawi people.

Immediately following the court decisions, the Frente POLISARIO addressed the European political leaders to allow the conclusion of such an agreement.

However, the European Commission, mandated by the Council, has refused any contact and limited itself to taking note of the gross manoeuvres of Morocco, the occupying military power of the Territory.

The EU hence turns its back on justice to protect short-term political and financial interests, hinders the peace efforts of the Personal Envoy of the UN Secretary-General for Western Sahara, Mr Hurst Köhler, and opts for the continuation of an international conflict that is threatening the stability and security in the region, thus prolonging the suffering of the Sahrawi people.

In the immediate future, the Frente POLISARIO calls on the European Parliament to assume all its responsibilities and to reject this illegal proposal from the Commission. The Parliament, a democratic body, is an institutional representative of the law, and it must condemn the deviation of the Commission.

If the attempt to force this decision through were to prevail, the Frente POLISARIO would have no alternative but to attack this decision before the CJEU.

These procedures will end as soon as the European leaders agree to apply the December 2016 ruling: the consent of the Frente POLISARIO regarding any agreement concerning the Territory.

Why does this EU statement keep disappearing?

A clarification by the EU Commission on labelling of products from Western Sahara was published, then removed, then published again and has now been removed again from EU websites.

EU reaffirms: Western Sahara products to be labelled as such

Two weeks ago, the EU Commission announced that products from Western Sahara should be labelled accordingly, only to withdraw that statement the very next day. Today, the Commission reaffirms its original position.

On 5 February 2020, the EU Commission announced that products from Western Sahara should be labelled accordingly. But about 24 hours later, all traces to that statement had been removed from EU websites.