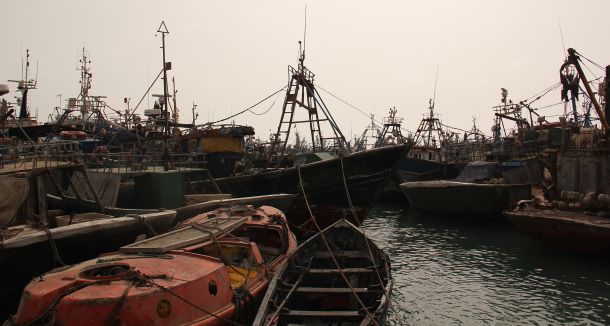 In order to uphold key infrastrucure and industries for its occupation, such as the large fisheries sector, Morocco needs to import gas into the part of Western Sahara it has illegally annexed.

This gas comes into the territory on board of tanker ships specifically made to transport liquified gas - so-called LPG tankers.

For the first time, Western Sahara Resource Watch presents a detailed overview of such shipments into Western Sahara. Our surveillance of shipment traffic shows that during the calendar year of 2019, a total of 15 cargos arrived at the port of El Aaiún. The combined deadweight tonnage of the 15 shipments was 50,322 tonnes.

The gas is primarily imported from terminals in Spain. The overview below only shows the last port of each vessel involved. In other words, our overview does not reflect the actual origin of the gas. Morocco does not produce gas itself, and the gas that was transported from a Moroccan port - or onboard a ship that had Morocco as its latest port - must naturally have originated elsewhere.

If taking into account an average price of propane gas, shown on Index Mundi at 0,54 USD/gallon for 2019, the gas offloaded in the harbour of El Aaiún last year had a total value of US $14.2 million.

In 2014, WSRW authored the report Fuelling the occupation on the Swedish company Wisby Tankers' transports of petroleum products into the occupied territory.

The overview below can also be downloaded here.

The Swedish shipping company Wisby Tankers continues its transports of petroleum products into the occupied territory of Western Sahara at same level as earlier, but a new vessel has started on the route.
12 June 2017