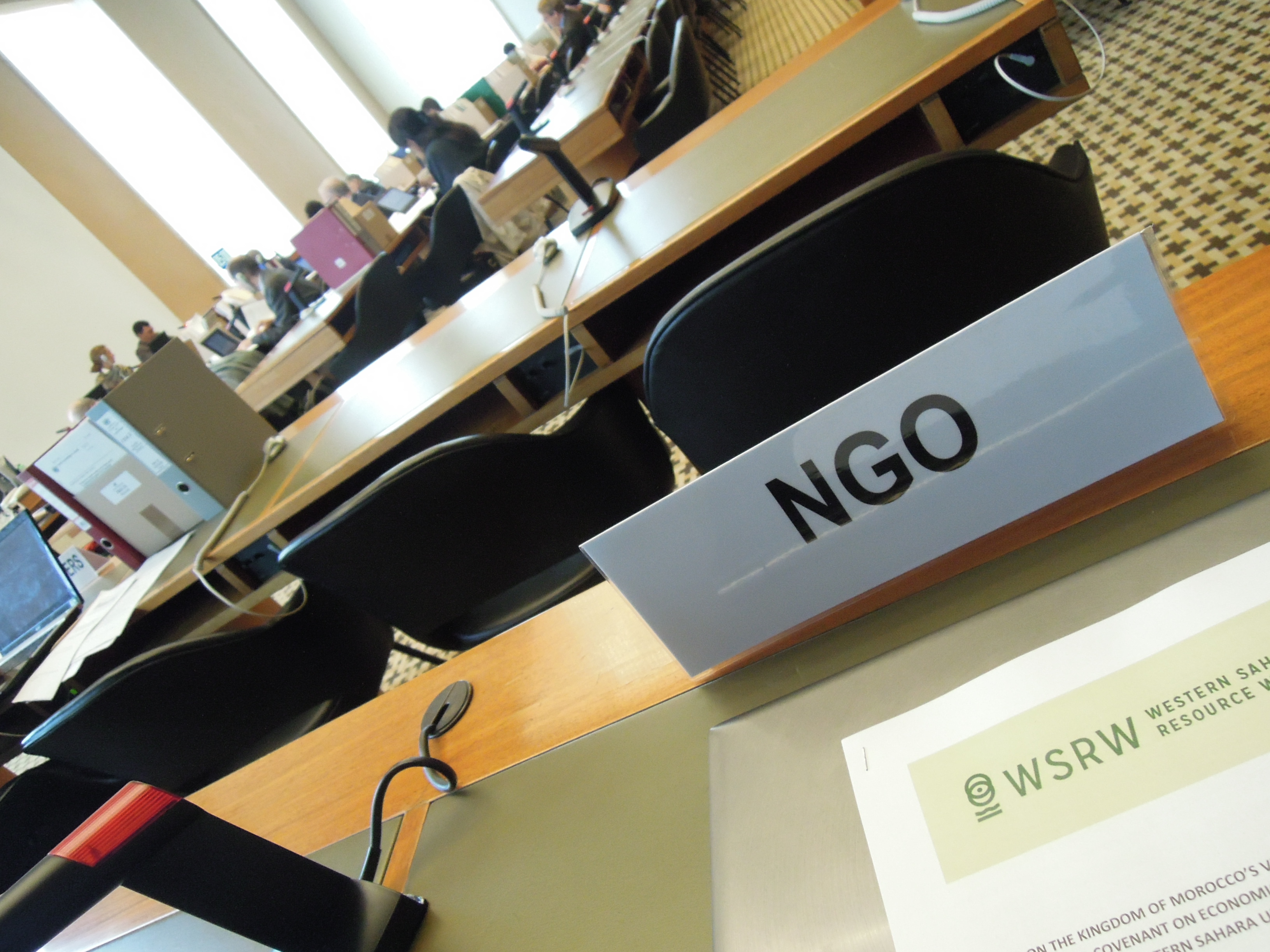 This is the main message in a report that Western Sahara Resource Watch (WSRW) submitted with its Swedish partner Emmaus Stockholm earlier this year. Download the WSRW report here.

On 8 November, Morocco will be met with different human rights recommendations from the international community in the UN Human Rights Council. This is the fourth time Morocco is up for review under the UPR mechanism. WSRW submitted shadow reports for the two previous rounds and also covered the sessions in 2012 and 2017.

Legally speaking, Spain is still the administering power of Western Sahara, as it failed to decolonise the territory in line with its UN Charter obligations in 1975. When Spain was up for review in 2020, two countries addressed the Spanish government's obligations. Both Namibia and Timor Leste recommended Spain to ensure that it is not taking part in the illegal plunder of the colony.

The WSRW submission recommends states to issue the following recommendations to Morocco:

I. Declare formally the kingdom’s acceptance of the right of the Saharawi people to self-determination, and their right to establish an independent sovereign state in Western Sahara if they so choose.

II. Give effect to the right of self-determination, as guaranteed in the UN Charter and common Article 1 of the ICCPR and ICESCR, and guarantee and support the realization of the right through unrestricted support to the United Nations in its administration of a free, fair and transparent referendum by which the Saharawi people can determine their political status.

III. Formally accept its status as an occupying power and assume its responsibilities in terms of reporting on the socio-economic rights of the Saharawi people pursuant to the ICCPR, ICESCR and the Fourth Geneva Convention.

V. Implement measures which safeguard the principle of consent of the people of Western Sahara, in order that they may exercise their right to enjoy and utilize fully and freely their natural wealth and resources.

VI. Refrain from any further natural resource-related activities and investments of large infrastructure programmes, including large-scale renewable energy projects, in Western Sahara until the final status of the territory has been established through the exercise of self-determination by the people of the territory.

VII. Allow an independent, free-ranging and continuous assessment of the human rights situation in Western Sahara in a manner that accounts for the impact of the exploitation of the territory’s resources on the human rights of the Saharawi people.

VIII. Immediately allow all persons in occupied Western Sahara the assurance and the protection of their rights of freedom of conscience, of peaceful assembly and association, and of expression, including such persons and groups concerned with the protection of the environment and development of natural resources.

IX. Accurately inform its trading partner states and companies about the status of Western Sahara as a Non-Self-Governing Territory, including its status as not part of Morocco, and about the resulting obligations for those trading partners vis-à-vis the Saharawi people.

X. Restore the status quo ante of its resource exploitation in the territory and provide compensation for the illegal exploitation of finite resources.

XI. Initiate the establishment of a mechanism to preserve revenues from the exploitation of Western Sahara’s natural resources under international administration until the status of the territory has been resolved.

XII. Increase accountability and transparency in the derivation and use of profits from natural resources in Western Sahara by allowing for third party, neutral accounting of all resource-related activities and exports.

XIII. Refrain from engaging in any economic activities in or relating to the territory of Western Sahara that do not have the consent of the people of the territory, in compliance with international and recent EU jurisprudence.

XIV. Immediately cease all incentives and actions that would alter the demographic composition of the population in Western Sahara.

XV. Ensure the Working Group on Business and Human Rights can freely visit throughout Western Sahara.

XVII. Commit to its obligations as an occupying power in the conservation of natural resources and protection of the environment in occupied Western Sahara.

XVIII. Engage in full cooperation with Spain as the colonial administering state with principal or first responsibility among states for the protection of human rights in Western Sahara, and a proper and complete implementation of the UN Charter, ICCPR and ICESCR throughout the territory.

WSRW calls upon UN to halt the plundering

In its statement to the United Nations’ Special Political and Decolonization Committee (Fourth Committee), Western Sahara Resource Watch called for the establishment of a mechanism to place the proceeds from the exploitation of Western Sahara’s natural resources under international administration until the conflict has been resolved, and for the inclusion of a human rights component into the MINURSO mandate.

Namibia and East-Timor have today recommended Spain to respect the Saharawi people's right to free, prior and informed consent with regard to the exploitation of Western Sahara's natural resources.

Several UN Member States have today recommended Morocco to hold the long-overdue referendum on self-determination for Western Sahara.
02 May 2017