Support us
Fish discarded even on land in occupied Western Sahara

When the vessels come in with too much fish to El Aaiun harbour, the surplus is trown away at a waste dump nearby. New and fresh images show tonnes of fish dumped onshore.
Published 19 November 2013


Western Sahara Resource Watch earlier today revealed disturbing images of 60 tonnes of sardines dumped in the sea by the vessel Adrar earlier this year. From what WSRW has been told, that was just one of many cases where Adrar has discarded perfectly edible fish.

WSRW has also received images of discards dumped on land, at the waste dump called El Carian, near the harbour, not too far from Western Sahara's capital city El Aaiun. The images below were taken on that waste dump on 14 November 2013.

From what WSRW understands, the dumping of fish onshore is done so that the fishermen do not surpass their allotted quotas. After being dumped, it is said that the fish is picked up again and transported to the Moroccan town of TanTan, where it is used for some sort of agricultural fertiliser purpose, although that has not been confirmed.

Morocco is currently occupying most of the territory of Western Sahara. Through the fishing industry, Morocco manages to settle many of their own population in the territory, thus hampering a solution to the conflict. The International court of justice has rejected Morocco's claims to the land. Half the Western Sahara people live as refugee, in refugee camps where, in periods, one in five children suffer from severe malnutrition. 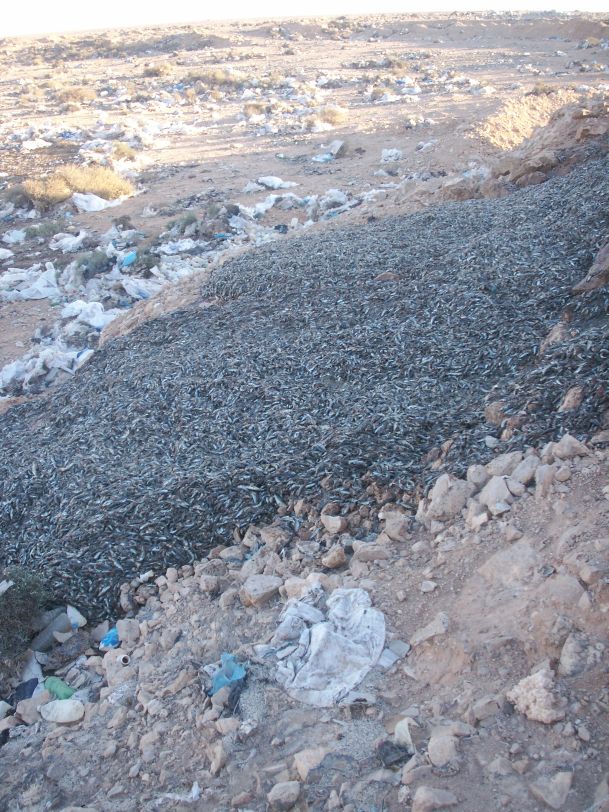 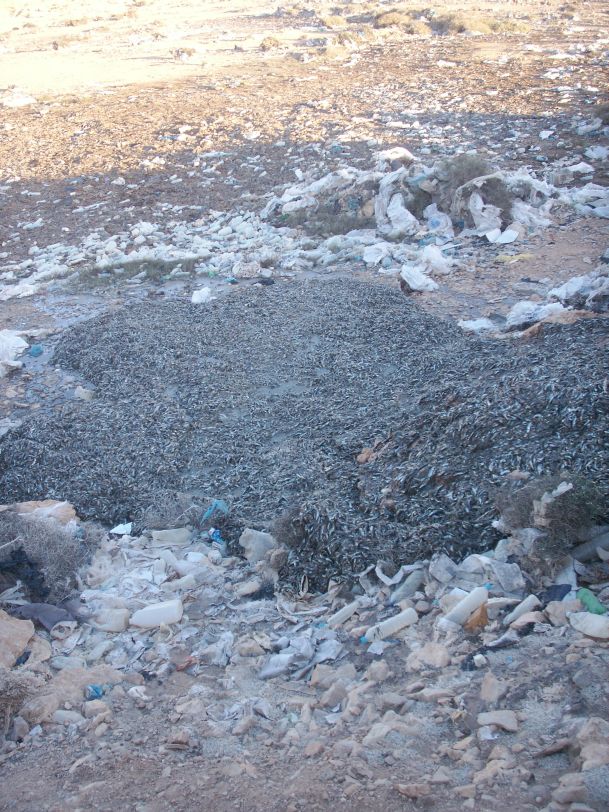 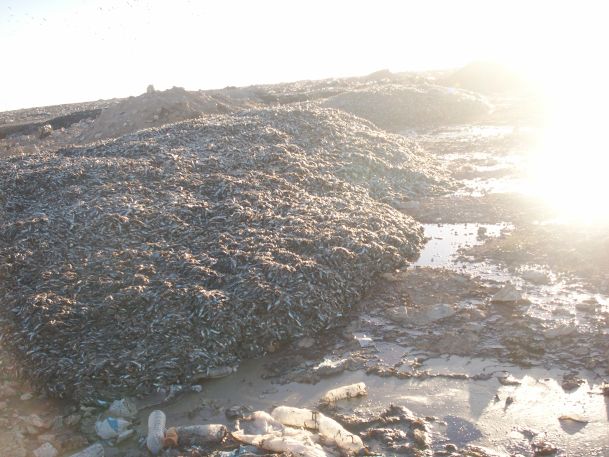 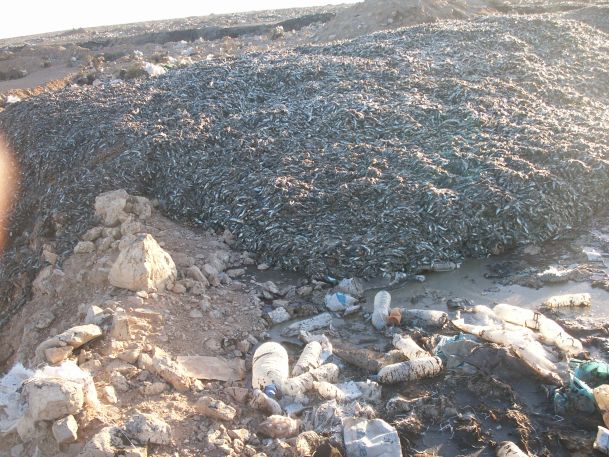 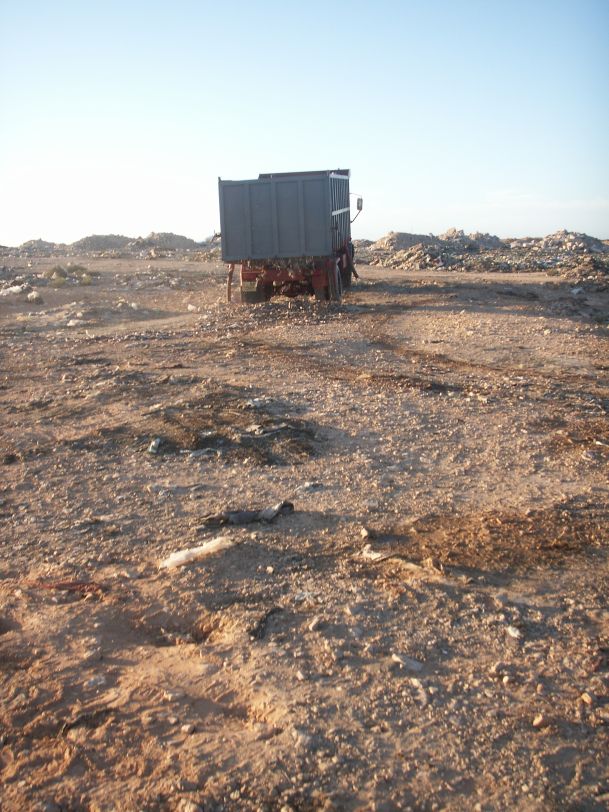 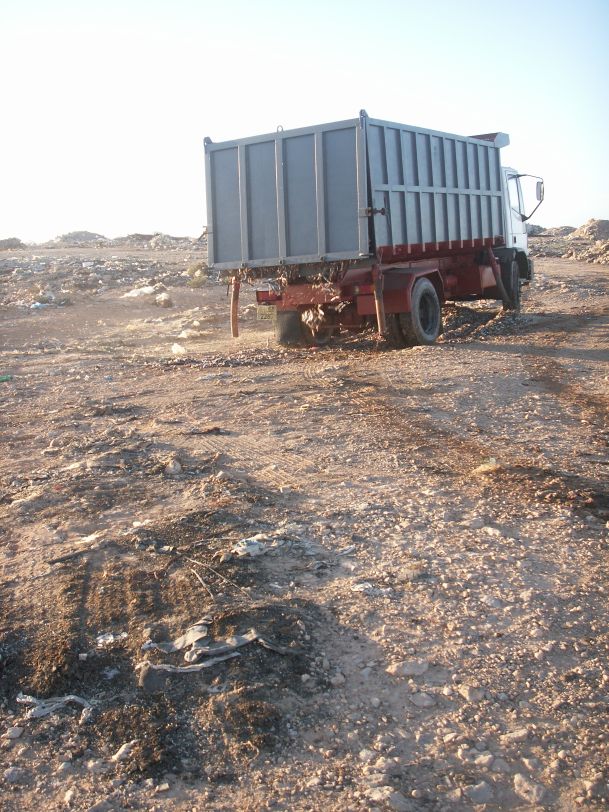 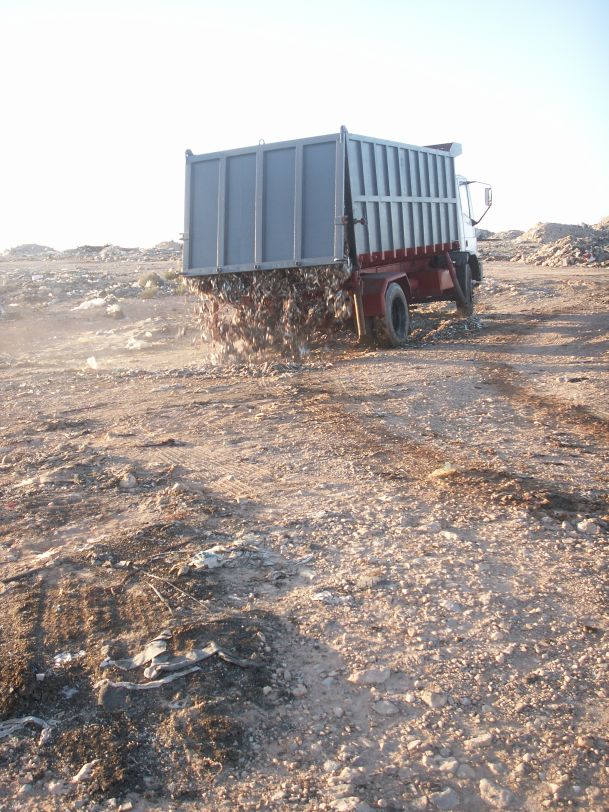 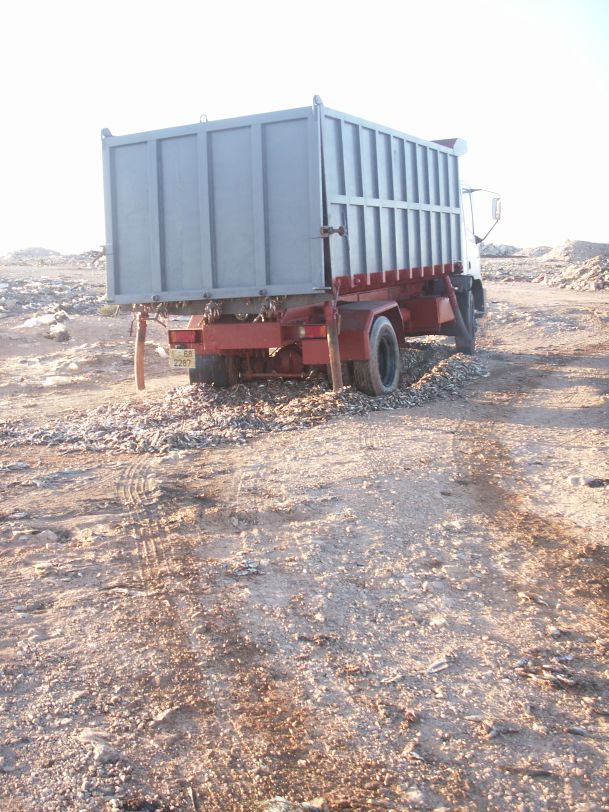 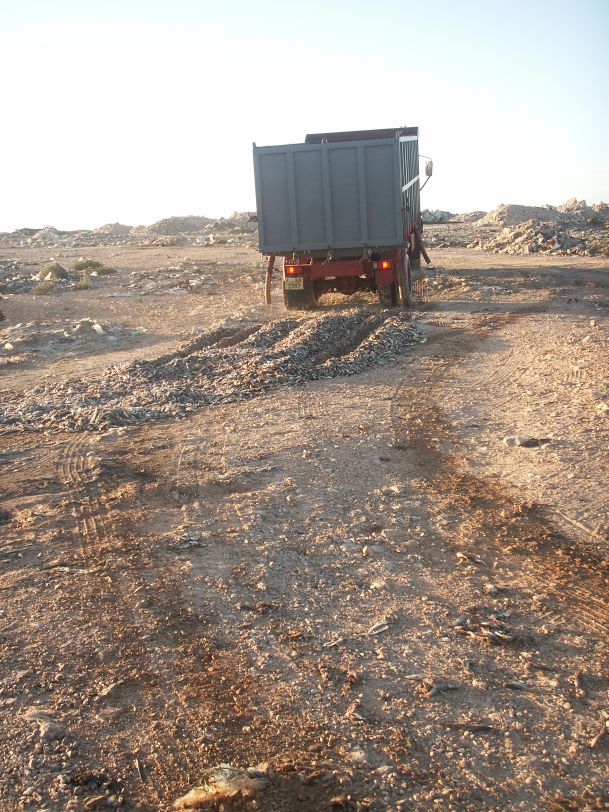 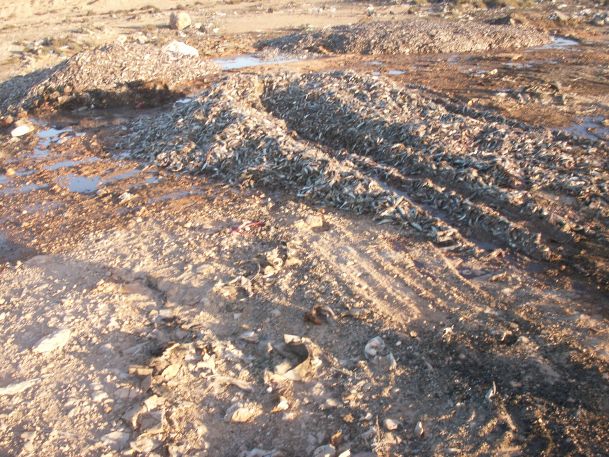 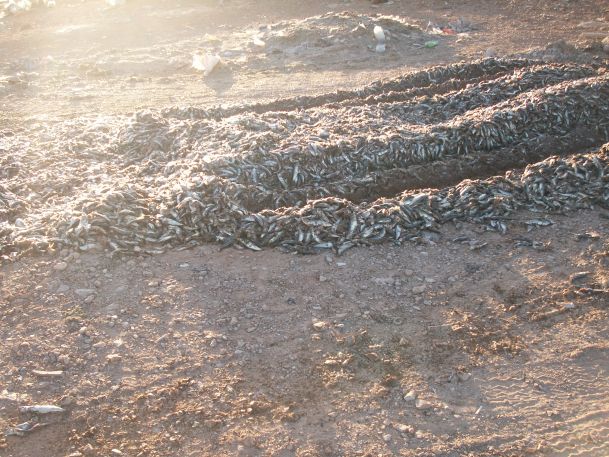 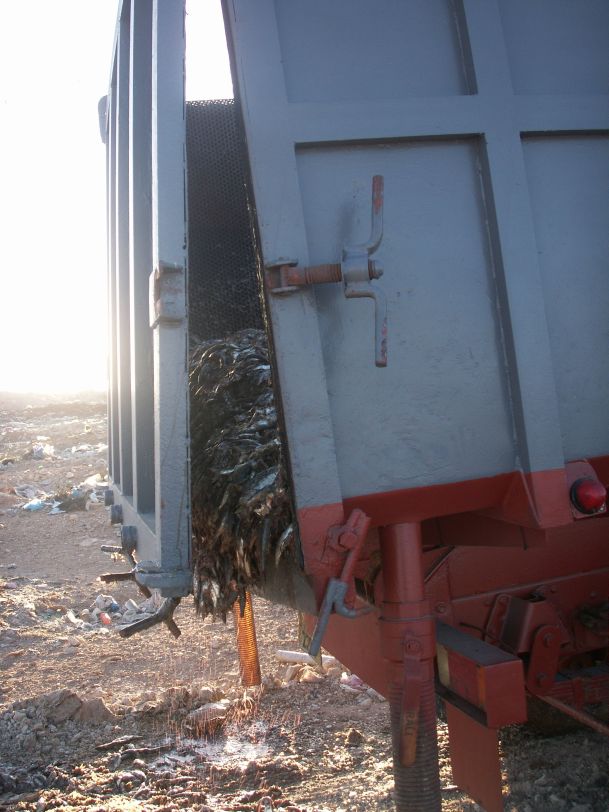 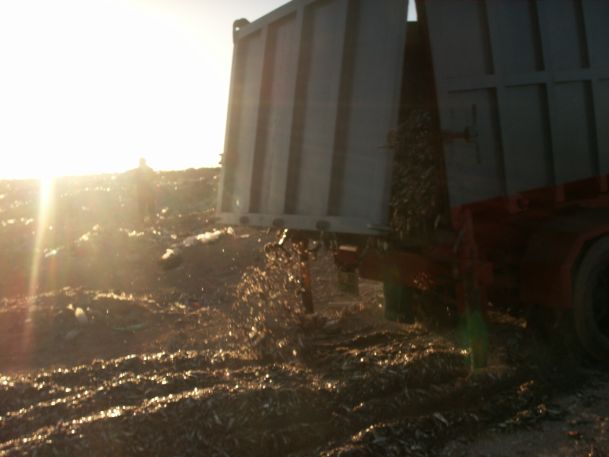 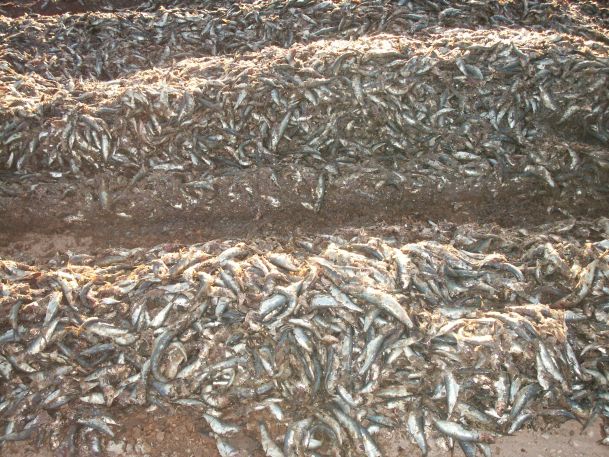