WSRW has received images of fish being dumped in the desert near the town of Dakhla to hide over-fishing. The pictures were taken two days ago.
Published 22 October 2015


These images were taken in the Mheriz area, located south of the city of Dakhla in occupied Western Sahara. Local sources state that "hundreds of tons" are being discarded "because of unregulated fishing by the Moroccan fleet, which brings more than its cargo, and here are discarding".

Though this particular discard incident is being attributed to the Moroccan fishermen trying to hide their over-quota fishing, other fleets are also guilty of this destructive practice. Near the end of 2013, WSRW received footage showing a Belize flagged vessel pumping by-catches back into the ocean - a shocking testimony of how Morocco manages Western Sahara's fish stocks.

The European Union, fishing illegally in occupied Western Sahara through its Fisheries Partnership Agreement with Morocco , has issued a landing obligation in January this year. EU fishermen are henceforth obliged to land unwanted catches rather than throwing them back into the water. This rule also applies to international waters, which is the legal status of the waters of occupied Western Sahara. Images such as the ones below raise the question whether the landing obligation will make fishing more sustainable. While EU fishermen may act in good faith and land unwanted catches, the fish can just as easily be dumped on land, as appears to be a common practice in Morocco and the Moroccan occupied parts of Western Sahara.

WSRW has in the past also received photos of discards on land, depicting massive piles of unwanted fish left to rot in the desert.

Morocco is currently occupying the larger part of Western Sahara, including the coastline. Through the fishing industry, Morocco manages to settle many of its own nationals into the territory, thus hampering a solution to the conflict. The International Court of Justice has rejected Morocco's claims to the land in 1975. Nearly half of the Western Sahara people live as refugees in Algerian desert camps where, in periods, one in five children suffer from severe malnutrition. A striking contrast with the abundant fish being dumped in their occupied homeland. 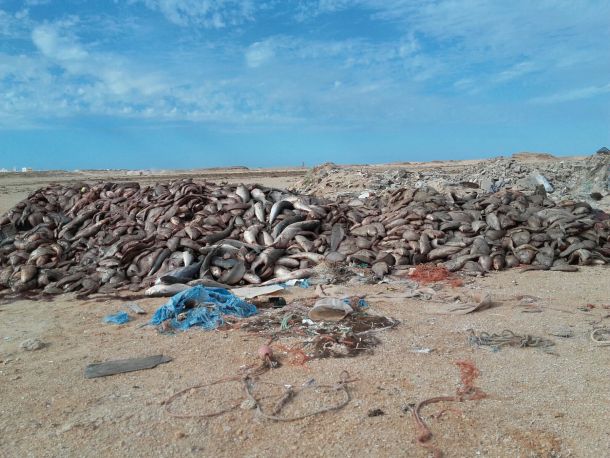 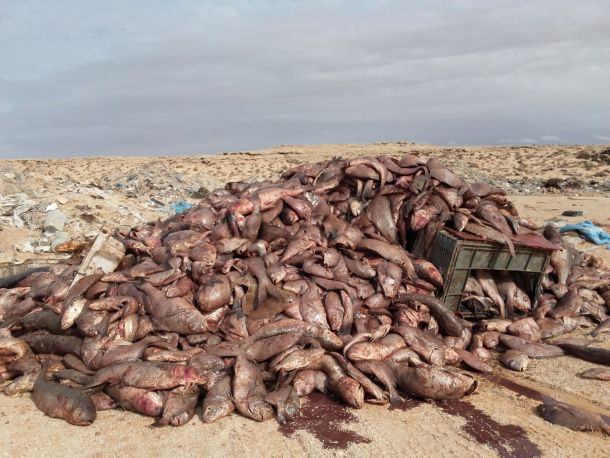 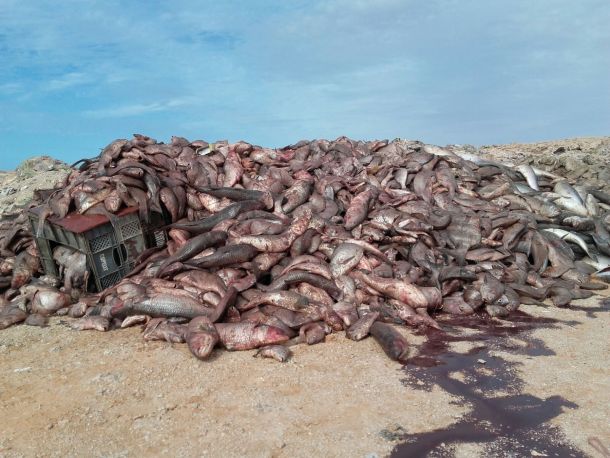 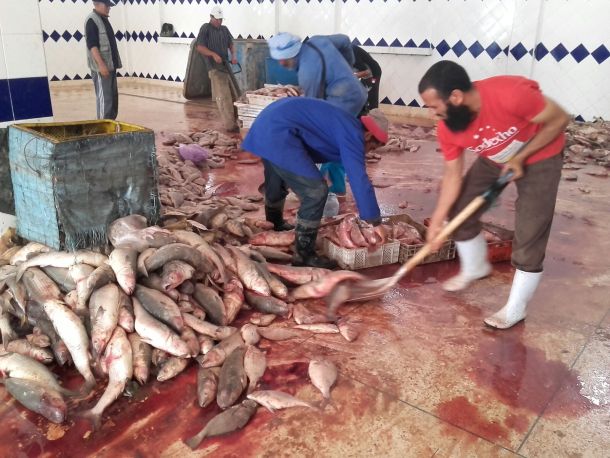 Greenpeace: EU parliament must vote no to Western Sahara fisheries

Greenpeace International today launched a report documenting the increasing private Moroccan fleet in Western Sahara. The combination of that fleet with a new European fisheries agreement with Morocco is not sustainable, according to Greenpeace, calling for the European Parliament to reject renewed EU fisheries in the occupied waters.
02 December 2013