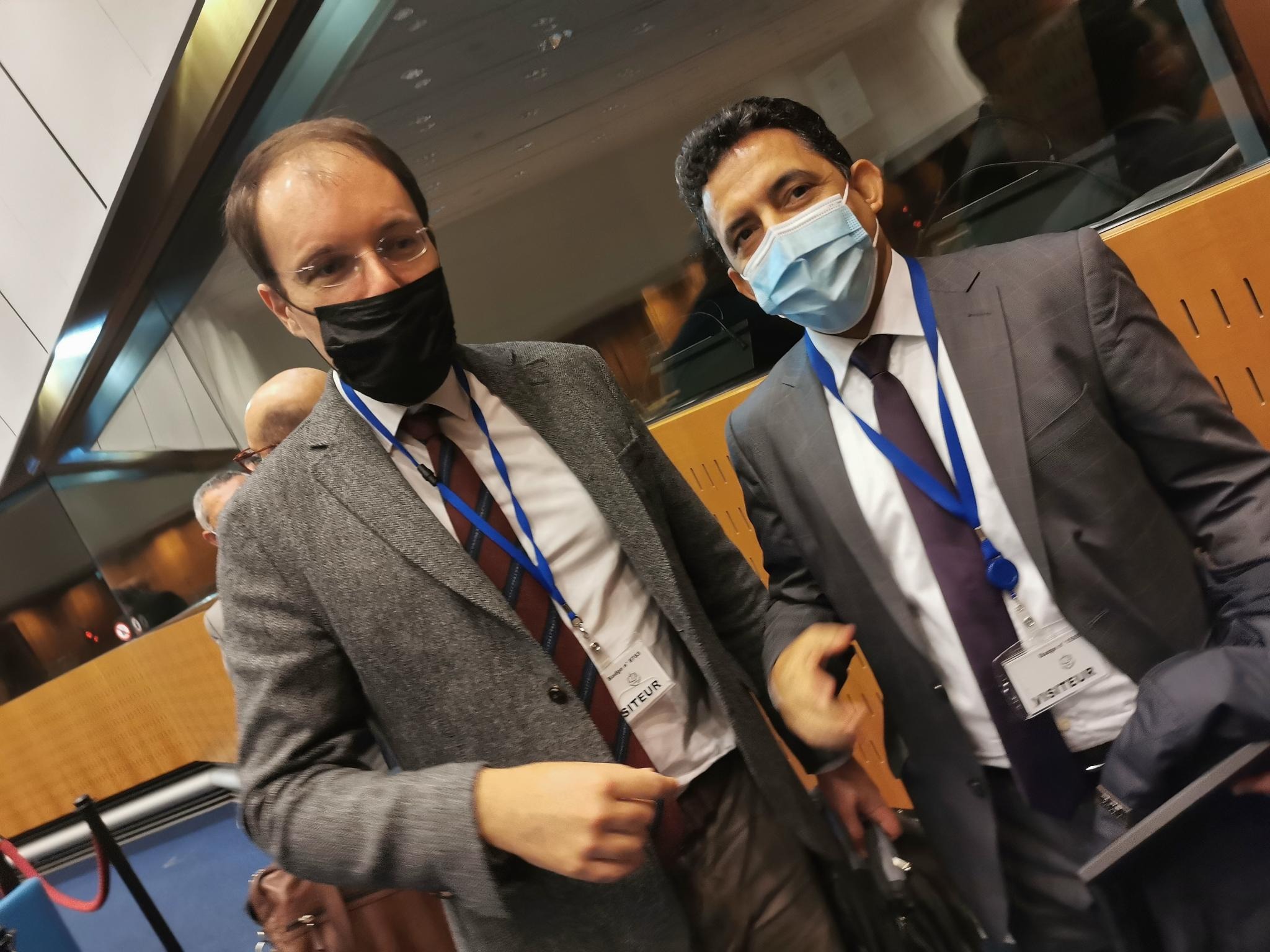 Today, the EU Court of Justice has struck a blow to the EU’s practice of applying trade and fisheries agreements with Morocco to occupied Western Sahara.

The press release from the Court today specifically states that Polisario is able to represent the Saharawi people before European courts.

“Taking into consideration the legal notion of people and consent, the “consultation of affected population” organized by the institutions could not lead to the expression of consent of the Saharawi people”, the release reads.

“This is a victory for justice, and for the people of Western Sahara. We hope that EU Member States will now finally abide by the Court’s rulings, and exclude Western Sahara from the broad scope of the Union’s relations with Morocco. It is high time for the EU to stop being part of the problem in the last colony in Africa, and to become part of the solution”, says Sylvia Valentin, Chair of Western Sahara Resource Watch (WSRW).

WSRW calls on the governments of Sweden, Germany, Denmark, Ireland and Finland to recall their reservations about the challenged agreements - citing the importance of conformity with EU case law. As the Court has once again clarified that Western Sahara cannot be part of agreements with Morocco, WSRW calls on these governments to take the lead in ensuring that EU policy and practice are finally adapted to be in line with applicable EU case-law.

While today’s judgment is a major achievement for the Saharawi people, it is not unanticipated. Essentially, it is a stronger worded version of judgments issued by the CJEU in 2016 and 2018. In 2016, EU’s highest Court ruled that Western Sahara cannot be part of the EU’s trade deal with Morocco, unless with the express consent of the people of the territory. In 2018, the Court came to the same conclusion on the EU-Morocco Fisheries Agreement, annulling its application in Western Sahara.

And yet nothing changed in practice. The EU continued applying both its trade and its fisheries agreement with Morocco to Western Sahara in the exact same way as before the Court rulings - with a minor difference: the formerly implicit inclusion of the territory had now been made explicit, through introducing a small amendment to the agreements mentioning Western Sahara as part of their scope. That amendment was negotiated with Morocco – not with the UN-recognised representation of the people of Western Sahara, the Polisario Front.

Rather than seeking the consent of the actual people of the territory, the EU Commission held an exchange of information with 18 Moroccan operators and politicians who unsurprisingly argued that a deal with Morocco would be beneficial - an argument deemed irrelevant by the EU Court. The list of “consulted stakeholders” that the Commission shared with the EU Parliament and Council while seeking their approval, contained manifest lies: apart from the mentioned Moroccan groups, it enlisted 94 groups - including WSRW - who had never taken part in the consultation process. A letter signed by 89 Saharawi organisations, condemning the EU Commission’s disrespect for their right to self-determination, was presented as if these groups had been consulted. An informal meeting at the request of Polisario, was misused by the EU Commission - nothing in the emails of the EEAS indicated that they were in the process of conducting consultations on the proposed trade deal for Western Sahara.

Despite failing to comply with both international and EU case law, the revised trade and fisheries agreements covering Western Sahara were approved, and entered into force. The multiple protests by the Saharawi people were not even considered in the entire process.

The EU ignored both its own Court and the only party that lawfully ought to have a decisive voice in this matter: the people of Western Sahara. Today, the EU Court of Justice righted that wrong.