Support us
Here is the SADR natural resources law 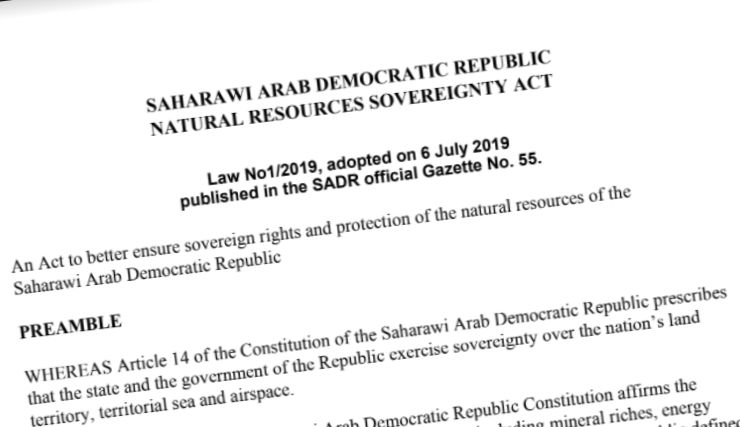 On 6 July 2019, the parliament of the Saharawi Arab Democratic Republic passed a law to “better ensure sovereign rights and protection of the natural resources” of Western Sahara.

The law was published in the SADR official Gazette No. 55.

The file can be downloaded here.