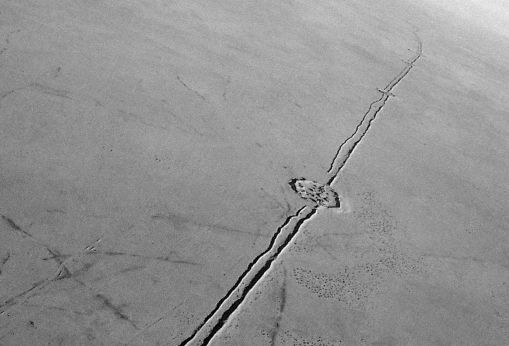 The Saharawi government has declared that it now considers "the entire territory of the Sahrawi Republic, including its terrestrial, maritime and air spaces, a war zone", advising all countries and economic operators to steer away from the territory.

Above: Morocco has built the worlds longest defense wall, over 2500 km long and surrounded by dense minefields, in occupied Western Sahara.

For the seventh day in a row, armed confrontations between the army of Morocco and the Saharawi Liberation Army continue on various locations in Western Sahara - a Non-Self-Governing Territory the size of the UK of which three-quarters have been occupied illegally by Morocco since 1975. Fighting broke out on 13 November, as Moroccan troops entered an area - Guerguerat - where any military presence is stricly forbidden by the terms of the UN-brokered 1991 ceasefire agreement.

Yesterday, the spokesperson for the UN Secretary General again confirmed the hostilities. At the same time, reports emerged of Morocco asphalting the road in Guerguerat.

Late last night, the Saharawi Ministry of Information, operating from the area of Western Sahara that is controlled by the Saharawis, sent round a statement that in which they urge "all countries in the world and public and private sector to refrain from any activity of any kind in the Sahrawi Territory that has become an open war zone." Read the full statement below.

"A decent risk assessment and a responsible business approach would have led them to conclude a long time ago that cooperating with an occupying power on annexed land is not something they should engage in. Companies and governments that have up to now ignored the loud and clear Saharawi protests against the plunder of their territory, and the legal development emphasising the Saharawi's right to consent, should now accept their losses. We commend all those international companies and investors who understood the consequences of the Saharawi people's right to consent and that have abstained from doing business in what is now a war zone. WSRW condemns the companies that have contributed to the prolongation of the status-quo, by their financial support and signs of political acceptance of Morocco's baseless claims to Western Sahara", Valentin said.


The statement below was posted on Polisario's news agency SPS.

The Sahrawi Republic declares that it is in a situation of self-defence owing to the act of aggression launched by the Moroccan occupying forces on the Sahrawi Territory on 13 November 2020 in Guerguerat and the movement of the forces out of their positions in flagrant violation of the military agreements signed with the United Nations.

The war imposed upon our people, which the Moroccan regime itself has admitted having ignited, makes the entire Territory of the Sahrawi Republic, including its terrestrial, maritime and air spaces, a war zone where military confrontations between the Sahrawi People’s Liberation Army and the Moroccan occupying army are ongoing.

Consequently, the Government of the Sahrawi Republic launches an urgent call on all countries of the world and public and private sectors to refrain from any activity of any kind in the Sahrawi Territory that has become an open war zone.

Under the circumstances of the war of aggression imposed upon our people, the Sahrawi Republic remains committed to the principles of international humanitarian law and to our people’s legitimate right to self-defence, and it will continue to engage seriously with international and African efforts to resolve the conflict peacefully based on the full respect for the inalienable and non-negotiable right of the Sahrawi people to freedom and independence.”