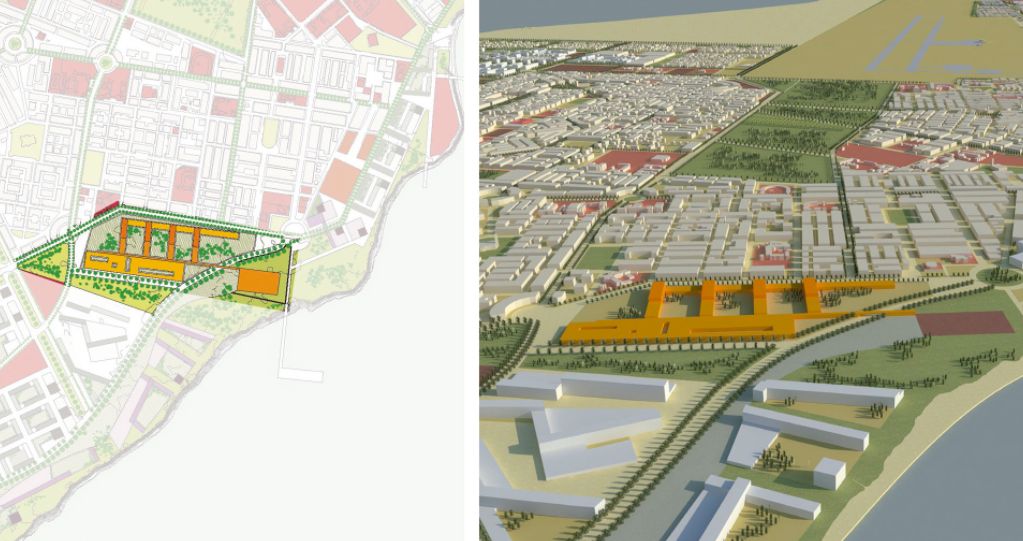 The Moroccan government has called in Spanish urban consultants to turn the human rights blackspot of Dakhla into an alleged eco-city.

Territorio y Ciudad, a Spanish company specialising in urban and territorial planning, has produced a report in which it supposedly outlines the main points of intervention required to turn Dakhla into a “sustainable city”.

The report, entitled “Study Concerning an Eco-City in Dakhla. Morocco” erroneously locates Dakhla – a town along the mid-coast of occupied Western Sahara – in Morocco, which has held threequarters of Western Sahara under military occupation since 1975. The UN has demanded Morocco to terminate the illegal occupation of the Dakhla area.

Western Sahara ranks as one of the worst places in the world in terms of civil and political rights.

The study is only partially available on the webpage of Territorio y Ciudad, and is not dated (also available here). Based on a short press release (or here) on the firm’s homepage, Western Sahara Resource Watch (WSRW) deduces that the report must have been presented in May 2020. The firm was supposedly commissioned by the Moroccan government – the Ministry of Town and Country Planning to be precise, which is advertised as one of Territorio y Ciudad’s clients on their website.

WSRW has contacted Territorio y Ciudad in relation to the report, enquiring as to whether the company had sought consent of the UN-recognised representation of the people of Western Sahara, the Polisario Front, regarding its planification to reorganise a town in the last colony in Africa through a contract with the occupying power. The company has not answered the letter.

Territorio y Ciudad’s report contains a list of recommendations and suggestions aimed at creating multifunctional neighbourhoods, new zones of activity that “reinforce the competitiveness of the city” and sustainable mobility.

The report also emphasises the implementing renewable energy projects. The scarce pages that are publicly available include a reference to a solar plant in Dakhla. WSRW reckons that the plant referred to in the report, is the same plant that we reported on in August 2020. At that time, the plans for Noor Dakhla had been covered by Africa Intelligence, which unveiled the planned location – El Argoub, an area near the Dakhla peninsula – and the fact that an environmental assessment had already been carried out. No further info was available, including on the solar plant’s envisioned capacity. Territorio y Ciudad’s report refers to a solar plant of 150 MW, to be constructed at PK 40 – Point Kilométrique 40, which corresponds to El Argoub.

Territorio y Ciudad has worked for the Moroccan government before, on similar project on the cities of Benslimane and Marrakech, in Morocco proper. The company has an office in Tanger. Many clients of the company are Spanish cities and municipalities - some of which have twinned with Saharawi refugee camps in an act of solidarity with the people of Western Sahara. Many of these refugees come from Dakhla, the same town that Morocco is illegally occupying, an occupation which the Spanish consultancy firm is now aiding to “turn green”.