Support us
Saharawis in occupied Western Sahara: "Shame on you San Leon"

Saharawis in the occupied parts of Western Sahara continue to speak out against Irish/UK company San Leon Energy's plans to drill for oil in their homeland. "Stop supporting brutal occupation of Western Sahara", they say.
Published 12 August 2015


San Leon Energy announced a few weeks ago that it plans to drill for oil in "Morocco" this August. In reality, the drill site is located outside of Morocco's borders, around 14 kilometers north of El Aaiun, in the territory of Western Sahara that Morocco has illegally occupied since 1975. The operation is in blatant disrespect of international law, which accords the Saharawi people the right to freely determine the future status of their homeland and its resources. The Saharawis oppose San Leon's plans.

"San Leon Energy, stop supporting brutal occupation of Western Sahara", say the banners of the Association for the Monitoring of the Natural Resources and for the Environment Protection in Western Sahara. "Entrepose, no welcome", the banners read. Entrepose is the French company that has been contracted to carry out the drilling operation on behalf of San Leon.

Saharawi protests against foreign companies working for Morocco in occupied Western Sahara usually take place indoors, out of safety precautions. Without exception, Saharawi demonstrations inside the occupied territory are met with brutalities and violence by the Moroccan police and security personnel. 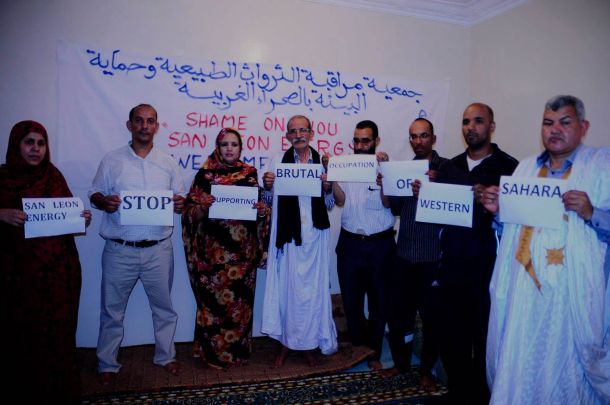 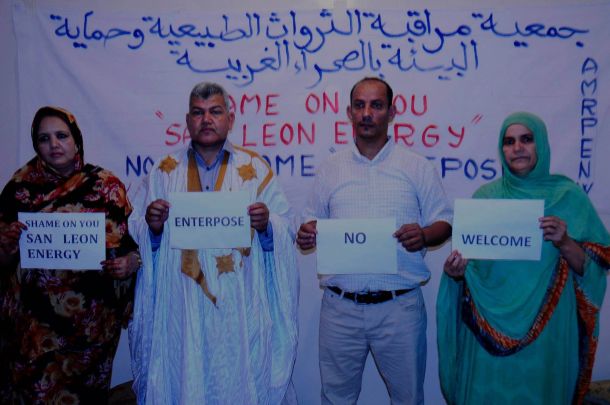 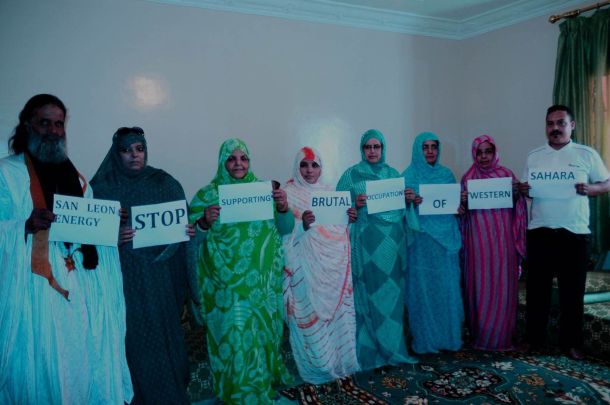 Amid Saharawi protests, San Leon Energy has begun to drill an onshore well in occupied Western Sahara on 21 August.
31 August 2015