Support us
Mystery shipment to Innophos, Mexico. Not the US. 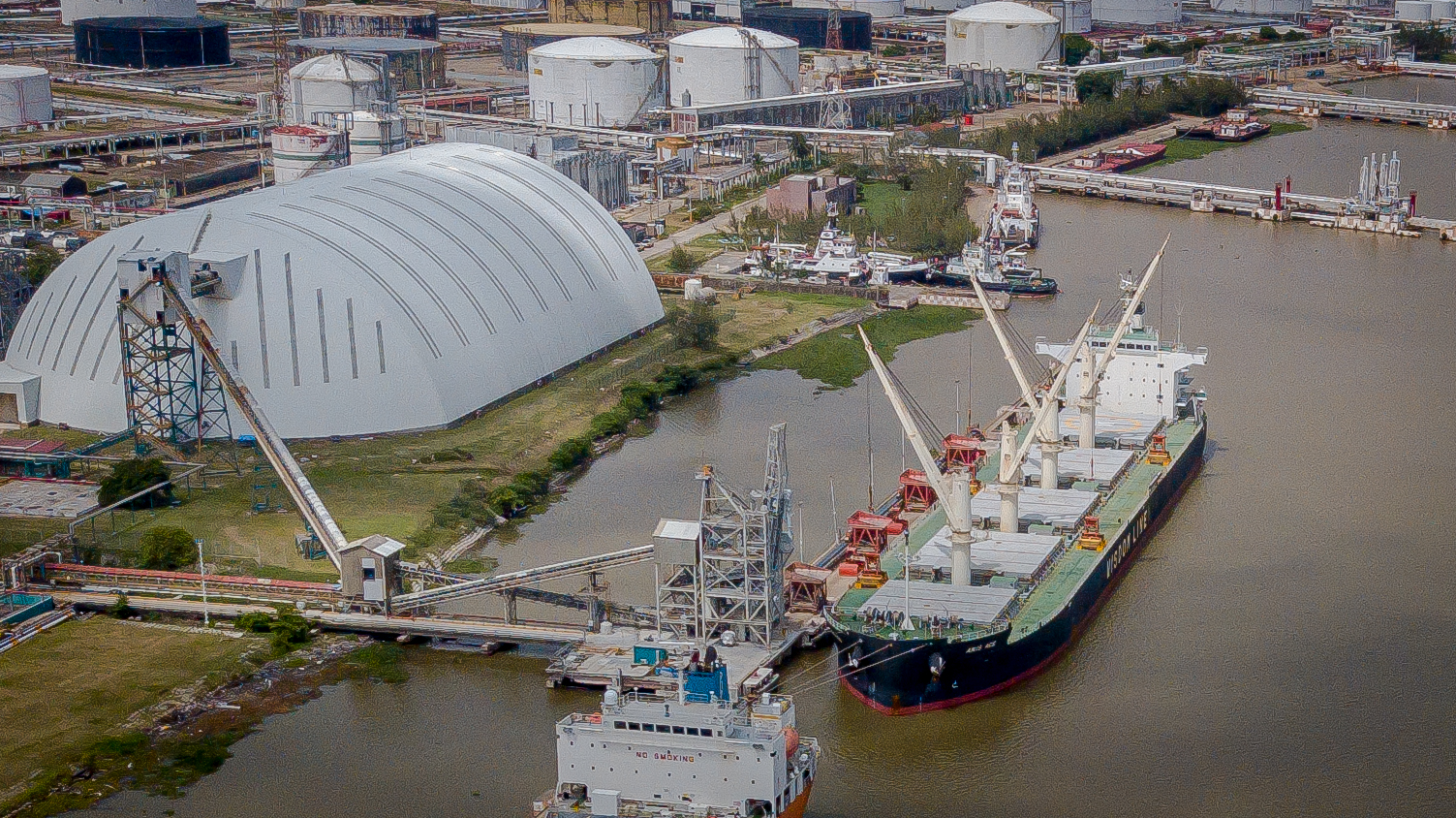 All images/videos in this article can be freely used, no credit needed. The picture above can be downloaded here and here.

The bulk vessel Amis Ace is currently offloading phosphate rock at the dock of the company Innophos in Coatzacoalcos, Mexico. Western Sahara Resource Watch (WSRW) has obtained drone images of the ship offloading the cargo, taken on 3 August 2021.

The images show the phosphate rock originating from occupied Western Sahara being offloaded onto a conveyor belt system and transported vertically up into a large, white building used or owned by Innophos Mexicana, a local subsidiary of the US company Innophos Holdings.

According to sources on the ground, the importer is indeed Innophos. The same source informed that the vessel contained 30.000 tonnes of rock. WSRW believes the volume could be somewhat larger.

Innophos in 2018 specifically stated that it had stopped sourcing rock from Western Sahara as a matter of social responsibility. “As part of Innophos’ commitment to overall social responsibility and good corporate stewardship, Innophos will no longer indirectly participate in a raw material supply chain which sources phosphate rock from the Western Sahara region in Africa,” the company wrote in a press release on 2 July 2018.

When the vessel left Western Sahara waters, it informed through its so-called AIS communication that it was heading in the direction of Virginia, United States. WSRW informed that this would be the first incident of US imports since 2018.

The affair of the mysterious US imports was picked up by Saharawi, Moroccan and Algerian media. However, halfway across the Atlantic it became clear that the ship was not going to Virginia at all. Instead, the vessel headed towards the Gulf of Mexico, and changed its destination to the vague “Northcentral America”. It is not clear to WSRW why the vessel reported erroneously about its destination as it steamed across the Atlantic.

The vessel docked in the Innophos harbour in the Pajaritos laguna of Coatzacoalcos on the morning of 3 August 2021, where WSRW detected the ship with a drone. It is expected to be offloading for the next few days.

Innophos used to have two connections to Western Sahara in the past.

From 2010 to 2018, WSRW sent Innophos in total seven letters about the company’s purchases from the occupied territory, without receiving a reply. The latest unanswered letter in that period was sent on 1 March 2018. The lack of response from the company management has also been observed by several of its former investors.

Innophos has previously been the subject of multiple divestments due to its former Western Sahara involvement. A lengthy analysis for the exclusion of the firm was prepared by the Council on Ethics of the Norwegian Government Pension Fund in 2015. For the same reason, the company has also previously been kicked out of the portfolios of the Luxembourg Pension Fund and Danske Bank, among others.

WSRW wrote Innophos on 4 August 2021 asking for a comment to this article. The response from the company will be published upon receipt.

The white building on the drone images, where the phosphate rock is being transported, is the exact same location where three Innophos workers died in an accident two weeks ago.

The territory of Western Sahara has been under foreign occupation by Morocco since 1975. OCP's exports of minerals from the territory takes place in violation of international law.

The US-Mexican firm Innophos has imported phosphate rock from occupied Western Sahara for decades. As a new vessel is this week about to arrive Mexico from occupied territory, WSRW requests again about the trade.
08 December 2011