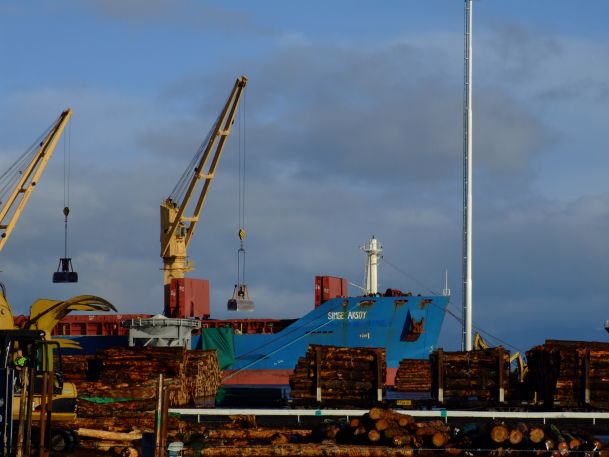 The High Court in New Zealand has dismissed carrying out a judicial review on controversial investments in relation to the Western Sahara phosphate trade, but underlines the reputational risk for the Pacific nation.

Above: Shipments of conflict minerals arrive New Zealand from occupied Western Sahara 4 to 6 times a year.

New Zealand is the second biggest importing country globally of phosphate rock from occupied Western Sahara. The conflict mineral is exported by Morocco, which illegally occupies the territory.

Fewer and fewer countries are involved in the trade - which directly finances Morocco's continued occupation of Western Sahara - and the New Zealand agriculture industry stands out internationally.

The conflict mineral is bought by the two companies Ravensdown and Ballance Agri-Nutrients, two local firms in which the New Zealand Superannuation Fund (the New Zealand Government's Pension Fund) has invested.

Western Sahara Resource Watch (WSRW) wrote in 2020 that Polisario had filed a case in New Zealand courts, claiming that this principle is not respected.

Yesterday, on 15 March 2021, the High Court concluded that it will not accept a judicial review of the New Zealand Superannuation Fund’s investments in Western Sahara.

The Court dismissed the application on the basis that the Guardians’ decision-making framework was within the scope of a broad discretion granted to it by Parliament, and that the Guardians’ consideration of the Superannuation Fund’s Western Saharan investments was a matter of expert judgement that the Court would not interfere with.

However, the Court accepted that the ongoing importation of Western Saharan phosphate to New Zealand did pose a reputational risk to the country’s wider interests.

Over the last decade, several national pension funds from across the world have proceeded to exclude companies that are involved in the trade of resources from Western Sahara for ethical reasons. These include the Norwegian Government Pension Fund, the AP Funds in Sweden, APG in the Netherlands and the UK’s National Employment Savings Trust.