Photo: On 14 September 2021, the cargo vessel Derya Aytekin arrived at the port of Güllük. The picture above shows the same ship's arrival to the same Turkish port in 2019, when WSRW was there to observe the offloading.

All 17 cargos identified during the calendar year of 2021 were transported to the Turkish coastal town of Güllük.

WSRW conservatively estimates that around 50,500 tonnes of fishmeal were exported to Turkey during the year. The calculation is based on analysing the probable cargo on board of each ship, taking into account the carrying capacity of each vessel and their reported draught upon departing Western Sahara.

According to the Moroccan government's own information, the fishmeal that was exported from Morocco (including Western Sahara) experienced a price increase of 25% during the year, from a minimum of 10.317 dirham per tonne in January, to a maximum of 12.799 dirham per tonne in December 2021.

If applying the relevant monthly price to the volume estimated by WSRW to have been exported that particular month, the exports of fishmeal from occupied Western Sahara in 2021 would be 64.6 million USD.

This would be applying a currency exchange rate at 1MAD=0.11USD. The average price for the year would be 1,279 USD/tonne.

The exported volume is on a par with our estimation for 2020. The much higher reported volume in 2019 can most likely be attributed to a different calculation methodology.

If applying the price of fishmeal as presented on the website indexmundi - which suggests a monthly average of 1,481 USD/tonnes for 2021 - the value of the total exports of Saharawi fishmeal would be 74.9 million USD for the calendar year 2021.

Fishmeal is a product that is usually made from fish leftovers that are not suitable for human consumption. However, in Western Sahara it is believed that fish caught is directly being reduced to meal and oil for export. The fishmeal is used primarily for producing animal feed in Turkey, most importantly fishfeed for the aquaculture industry.

On 6 November 2019, Western Sahara Resource Watch witnessed the arrival of the ship Derya Aytekin to the port of Güllük, fully loaded with bags of fishmeal. WSRW observed some of the cargo transported by truck to the Turkish aquaculture company Gümüşdoğa A.S., which either fully or partially took in the cargo.

It is not known exactly which companies in Western Sahara produce the fishmeal that is being exported to Turkey. According to the Moroccan government (or download), there are a number of fishmeal or fish oil exporters in the port of El Aaiún: Copelit, Delta Ocean, KB Fish, Laayoune Elevage, Laayoune Proteine, Sepomer Sahara, Somatraps, Sotragel.

Of the 16 vessels involved in the 2021 shipments from Western Sahara, 9 were Panama-flagged, while the others carried the flags of Antigua Bermuda, Barbados, Malta, Moldova, St.Kitts and Nevis, Togo and Vanuatu. 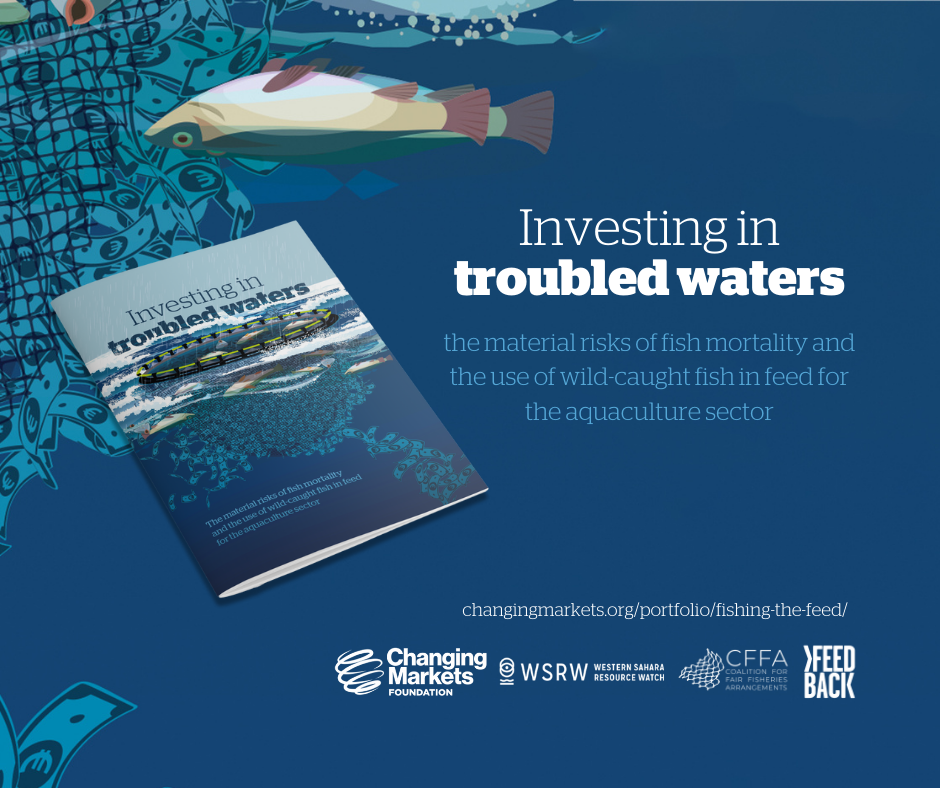