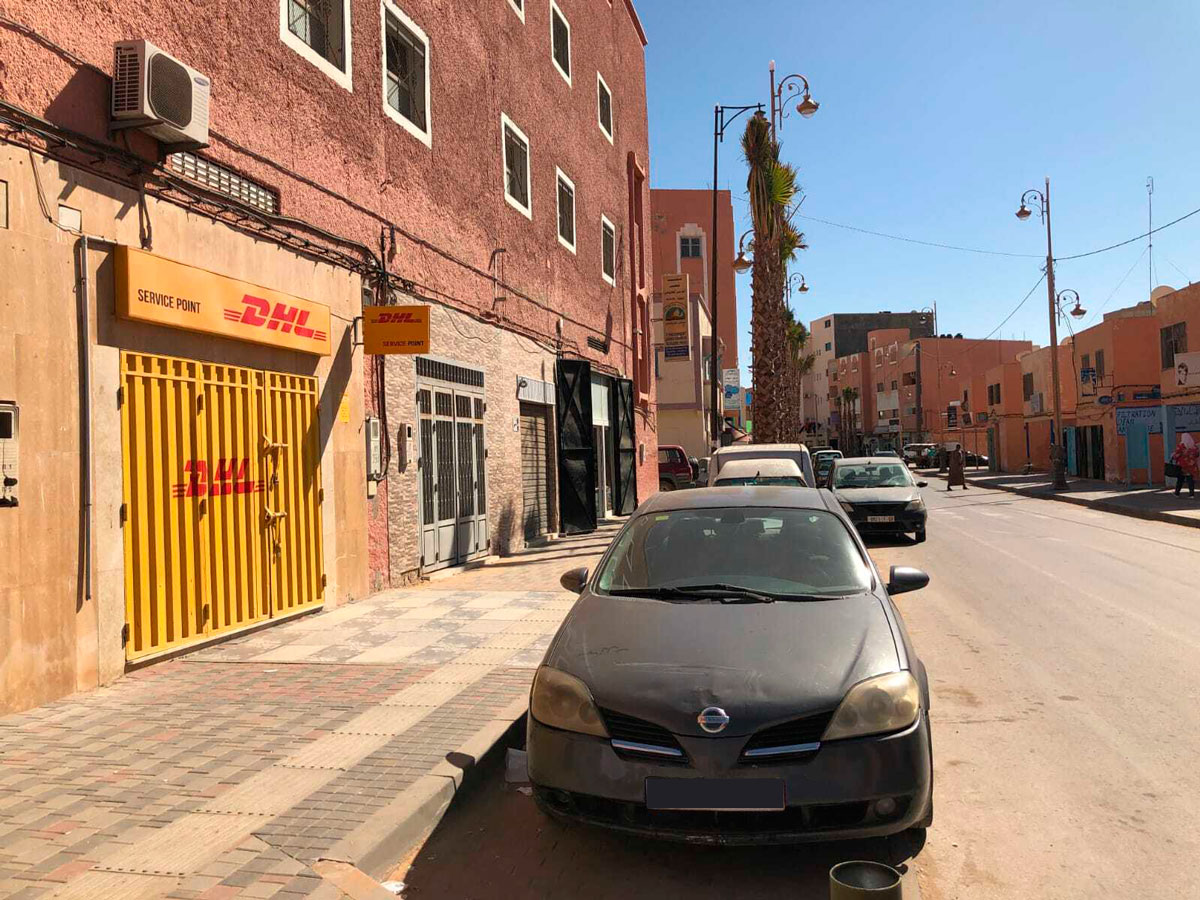 As the company will not respond to questions about the activities of its subsidiary DHL in occupied Western Sahara, WSRW asks shareholders to raise the matter at the upcoming AGM.

On 18 May 2020, WSRW sent a letter to Deutsche Post, asking the company to clarify its involvement in the Non-Self-Governing Territory of Western Sahara. Two months later, WSRW has still not received any response.

"Given the company's silence on this controversial issue, we do hope that shareholders will push for more transparency and for answers at the upcoming AGM", said Florence Peschke of WSRW.

The Annual General Meeting of Deutsche Post DHL Group is scheduled for 27 August 2020, and will be conducted virtually due to the continuing COVD-19 pandemic.

Deutsche Post's subsidiary DHL, a courier, parcel, and express mail service, opened an express branch in El Aaiun, the capital city of Western Sahara, in 2016. In a press release that DHL Express Maghreb had circulated to Moroccan media in announcement of the El Aaiún opening, CEO Jawad Ouaziz explained that the new agency in "Laayoune" (Morocco's preferred Latin spelling of El Aaiún) facilitates DHL's "partners of the region" access to its services. The aim is to "make the DHL Express offer more accessible in the regions, South, East, and Center-East", Ouaziz said, all the while referring to Morocco as the overarching country of those regions.

Likewise, the German Chamber of Commerce in Morocco advertised the opening of DHL's branch in El Aaiun as the company's "15th branch in Morocco".

But Morocco has no sovereignty or administering mandate over Western Sahara, as the EU Court of Justice concluded unequivocally in December 2016. As such, the Court echoed the conclusions of the International Court of Justice, which in November 1975 stated that it could find no ties of sovereignty between the territories of Morocco and Western Sahara that would affect the application of the right of self-determination by the Saharawi people. Less than a month later, Morocco invaded its southern neighbouring country. To date, it continues to occupy three-quarters of the territory in violation of international law. A 2019 analysis of the Bundestag research service qualified Morocco as an occupying power.

When DHL set up shop in their occupied homeland, Saharawi organisations immediately voiced their opposition, but to no avail.

To date, DHL continues to locate El Aaiún in Morocco, as is evidenced by the recent screenshot of DHL's locator. The search function on the DHL website lists the "Laayoune" branch in Morocco. Western Sahara is not included as an option in the list of countries. Oddly enough, the accompanying map is correct in displaying the border between Morocco and Western Sahara.

'We deserve an answer' from HeidelbergCement

When requesting answers on human rights from HeidelbergCement with regard to its operations in occupied Western Sahara, Saharawi Khadja Bedati was told that the company "deliberately makes social sponsoring of various sports clubs".