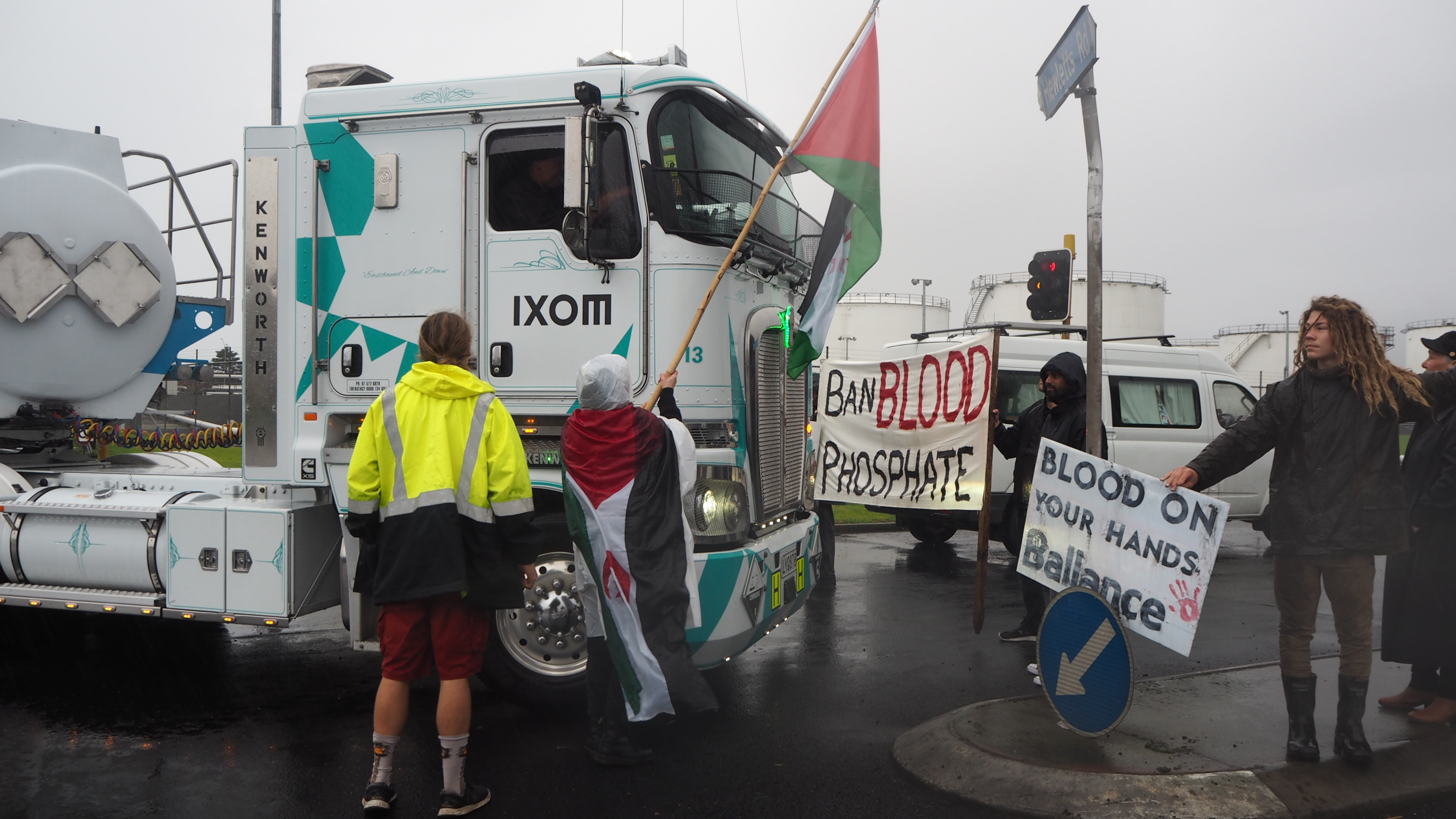 On 29 May 2021, a group of protesters chained theirselves to the entry of the headquarters of New Zealand company Ballance Agri-Nutrients in Tauranga.

The company is the most heavily involved company in the world buying phosphate rock from a Moroccan state-owned company in occupied Western Sahara.

Only an India-based subsidiary of the Moroccan exporter is importing a larger volume of the mineral than Ballance Agri-Nutrients, our report P for Plunder 2021 shows.

Protesters were also holding signs stating “Blood on your hands Ballance” or “Ban Blood Phosphate”. The incident happened only a week before yet another cargo of conlict minerals arrive to Port of Tauranga.

Butler urged Ballance, according to Stuff, to talk with representatives of Western Sahara.

According to Stuff, which quoted Butler, the protest ended after Ballance CEO Mark Wynne allegedly guaranteed to the protesters that the latter would meet with the New Zealand representative of Polisario. However, the company later denied this, stating to Stuff, that Ballance is "a commercial company, not a political organisation”.

Western Sahara Resource Watch has for a number of years tried to get Ballance Agri-Nutrients to answer questions relating to the legal and ethical aspects of its trade with the occupying power of Western Sahara. Our latest letter was sent on 7 March 2021. The company has failed to respond.