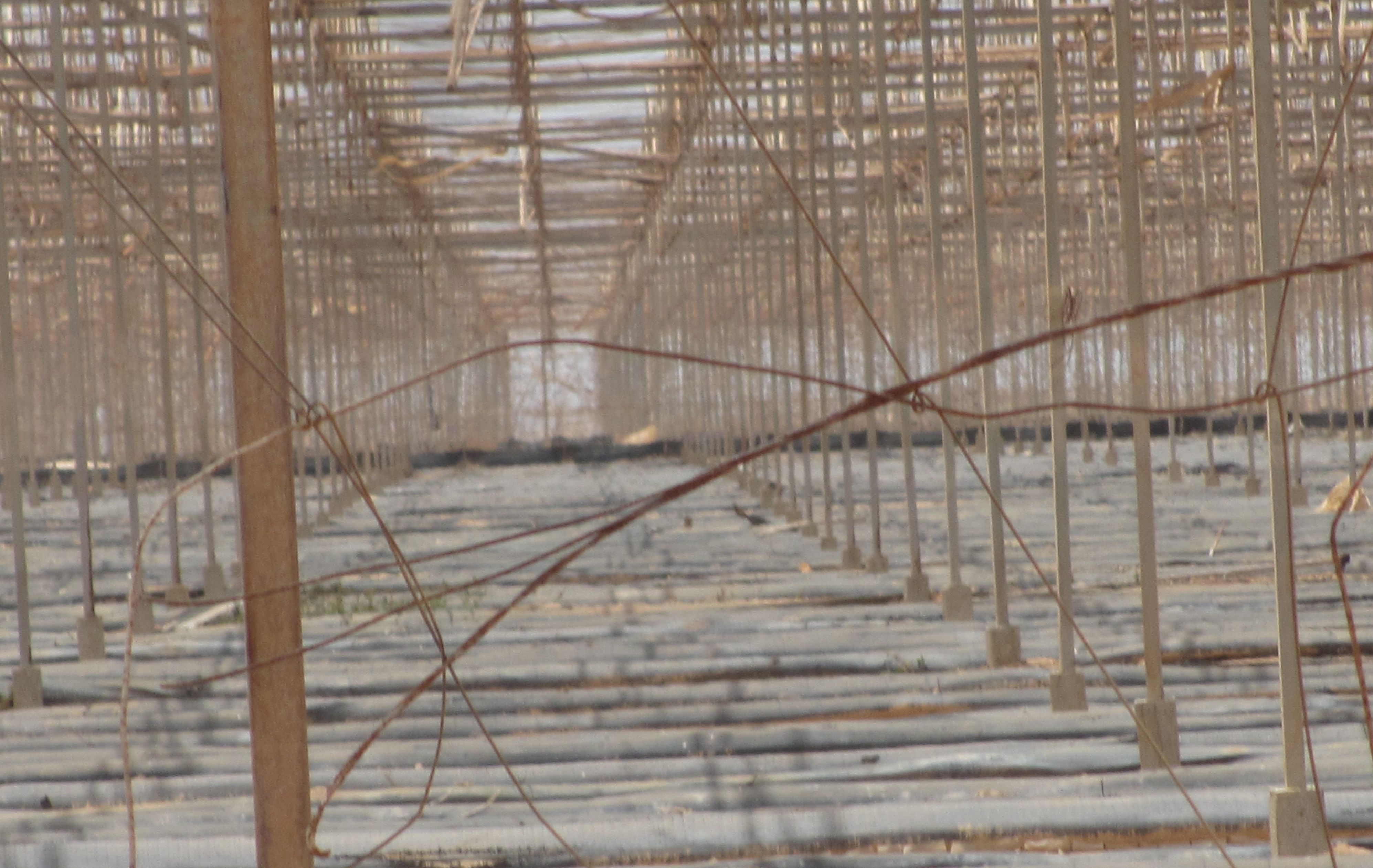 The representative organisation of Spain's farming sector, COAG, cautions that Morocco is working to increase agricultural exports from occupied Western Sahara into the European Union.

Above (APSO): Tomato plantations in Dakhla, occupied Western Sahara, are now being shipped to the European Union.

The Spanish farmers' association COAG (Coordinator of Agricultural and Livestock Producer Organisations) has issued a press release stating that Morocco is strenghtening its logistics system in order to increase agricultural exports from occupied Western Sahara to the EU market through the introduction of a new route connecting plantations in the territory to Moroccan and Spanish ports.

More specifically, the new route is connecting Dakhla - the mid-coast area in Western Sahara that is home to Moroccan agricultural plantations - to the Moroccan ports of Agadir, Casablanca and Tangiers, and Spanish port Algeciras. The route is operated by the French shipping company CMA CGM.

Western Sahara Resource Watch (WSRW) and its French partner organisation APSO have written to CMA CGM twice. The first letter was sent on 14 January 2019, following the announcement by the company that it would operate a transport of refrigerated containers for fresh products, fruits and vegetables from the towns of El Aaiun and Dakhla, both located in occupied Western Sahara. A second letter went out on 1 March this year, after Moroccan media had announced that the relaunch of CMA CGM's maritime route for fish products was planned for June 2019. The company has never responded.

WSRW has tracked passage of the freighter CMA CGM Agadir in Dakhla. The vessel arrived in Dakhla on 18 August 2019, and departed two days later, on 20 August 2019, after having loaded. The vessel sailed under Portuguese flag until 25 August 2019, then changed to the Moroccan flag. According to COAG, the CMA CGM Agadir made a few stops in Moroccan ports before heading to Algeciras in Spain, where it arrived on 29 August. Another freighter, the CMA CGM Tanger, is at present headed for Dakhla.

COAG's press release cites "concern about the increase in the volume of productions imported from Western Sahara as Moroccan products. They cause great damage to Spanish producers, since those volumes overlap with our production schedules and are intended for the same markets."

"They [the exports, sic] exercise unfair competition, given their lower costs based on very permissive regulations when it comes to the working conditions, social coverage and wages of workers, or the application of phytosanitary, safety and food quality regulations, etc. Moreover, it is also a case of fraud for European consumers, whose rights are not respected, since they will not have reliable information on the real origin of those imported fruits and vegetables," said the head for fruits and vegetables at COAG, Andrés Góngora. "The organization is asking the European Union to implement stricter border controls to prevent the introduction into the common market of agricultural products grown in the territories of Western Sahara and sold as if they were from Morocco, without the corresponding clarifications in the labeling," Góngora continued.

Earlier this year, the European Union concluded its revised trade deal with Morocco, now formally extending advantages granted to products from Morocco also to products coming from the parts of Western Sahara that Morocco has occupied since 1975. The revision sought to accommodate the ruling of the Court of Justice of the European Union of December 2016, nullifying the application of the previous EU-Morocco trade deal in Western Sahara since that is a "distinct and separate" territory over which Morocco has no sovereignty or administering mandate. In addition, the Court highlighted that the people of the territory did have a right to self-determination, and thus that their consent must be obtained in order for any agreement to lawfully affect their land. The people of Western Sahara have never consented to the inclusion of their homeland in the EU's trade relations with Morocco. Quite the opposite, they have continuously protested against this development.