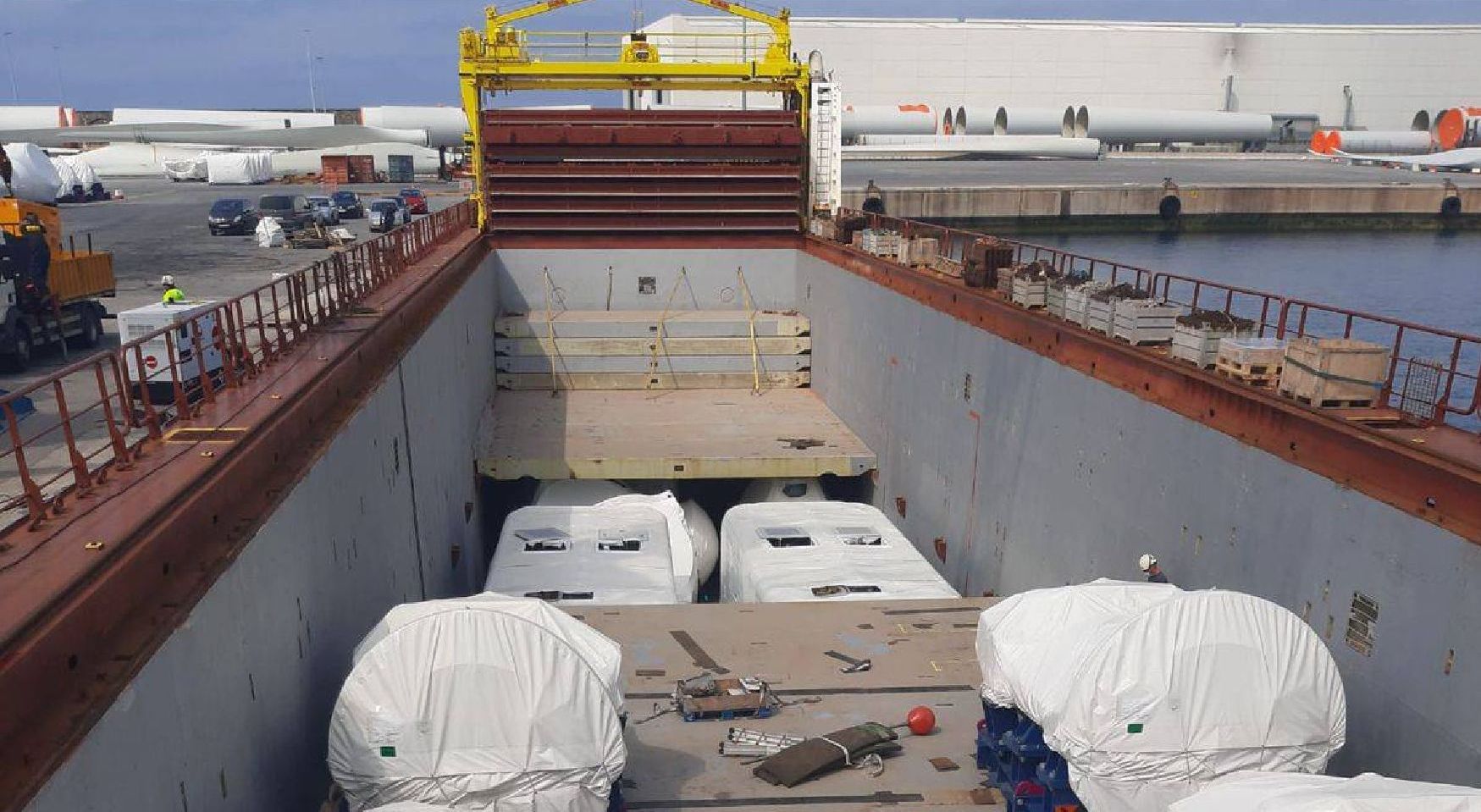 For the second time in two weeks, windmill products might be exported from Bilbao to occupied Western Sahara.

The photo above shows Johannes picking up cargo in Bilbao in July. Next week, a similar incident might happen again.

Yet again, the cargo vessel Johannes is returning to port of Bilbao, Spain, most likely to pick up elements for Siemens Gamesa's construction of a controversial windfarm in occupied Western Sahara. The ship is expected to arrive at the Basque city on the morning of 11 August 2021.

Western Sahara Resource Watch (WSRW) already revealed the first cargo made by the same ship from Bilbao to El Aaiún, Western Sahara, on 21 July 2021. The hold of the ship was at the time full of key elements for the windmills. As WSRW expected, during that incident Johannes made a stopover in Tangiers, where it picked up blades, before continuing to El Aaiún, where it arrived on 4 August. On 5 August, it returned for Bilbao.

In total, WSRW has now documented at least seven shipments of windmill components arriving in the occupied territory since the end of June 2021.

In addition, WSRW has detected two other vessels over the last weeks that might also be connected to supplies to the controversial Boujdour wind farm. This has not been confirmed.

Morocco's energy projects in the occupied territory take place without the consent of the people of Western Sahara, and are in violation of international humanitarian law.