Support us
New US gas shipment to occupied Western Sahara 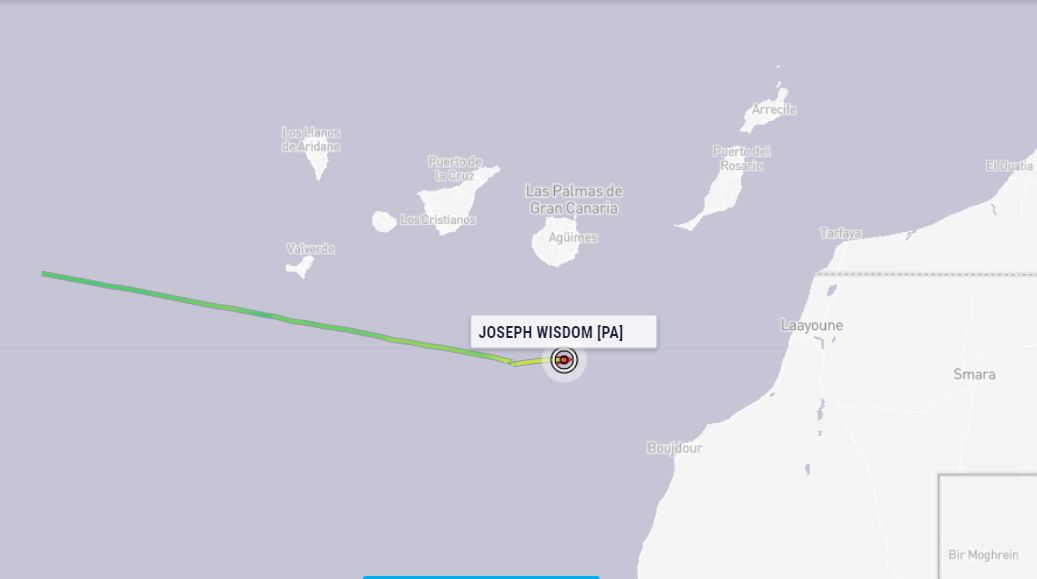 Yet another shipment of US gas is about to arrive to occupied Western Sahara.

The vessel Joseph Wisdom (IMO: 9806732) is scheduled to arrive in the evening of 14 July 2021 at the harbour of El Aaiún, the capital city of Western Sahara.

The ship carries LPG gas that was loaded in Philadelphia. It is the third known shipment from the USA city this year.

Western Sahara Resource Watch (WSRW) reported on 4 June that two gas shipments from the US had arrived in the occupied territory on 5 May and on 5 June of this year.

From what WSRW has been able to identify, the trend of southern Europe exporting gas to Western Sahara in past years, has been shifted to northern Europe in 2020, with the UK as the biggest exporter.

WSRW has however not recorded any incidents of gas exports from the USA to Western Sahara before May 2021.

The vessel Joseph Wisdom is in the fleet of Wisdom Marine Group. The Taiwanese group has previously been involved in shipments of products out of Western Sahara. In 2017, Western Sahara Resource Watch sent the company a letter regarding a phosphate transport it had made to Canada, but no answer was received.

Interestingly, another vessel of the same Wisdom Group has called into the occupied territory this week. The bulk carrier Amis Ace (IMO: 9552989) has spent a few days at anchor offshore the phosphate terminal in El Aaiun. It is expected that the ship will load phosphate rock that is illegally mined by the Moroccan government in the territory, for transport to India.

The global match-maker of private accommodation has delisted providers in Israeli settlements and Crimea, but seem to apply different standards to similar situations of occupation. Saharawis object.