Support us
One of the richest coastlines in the world 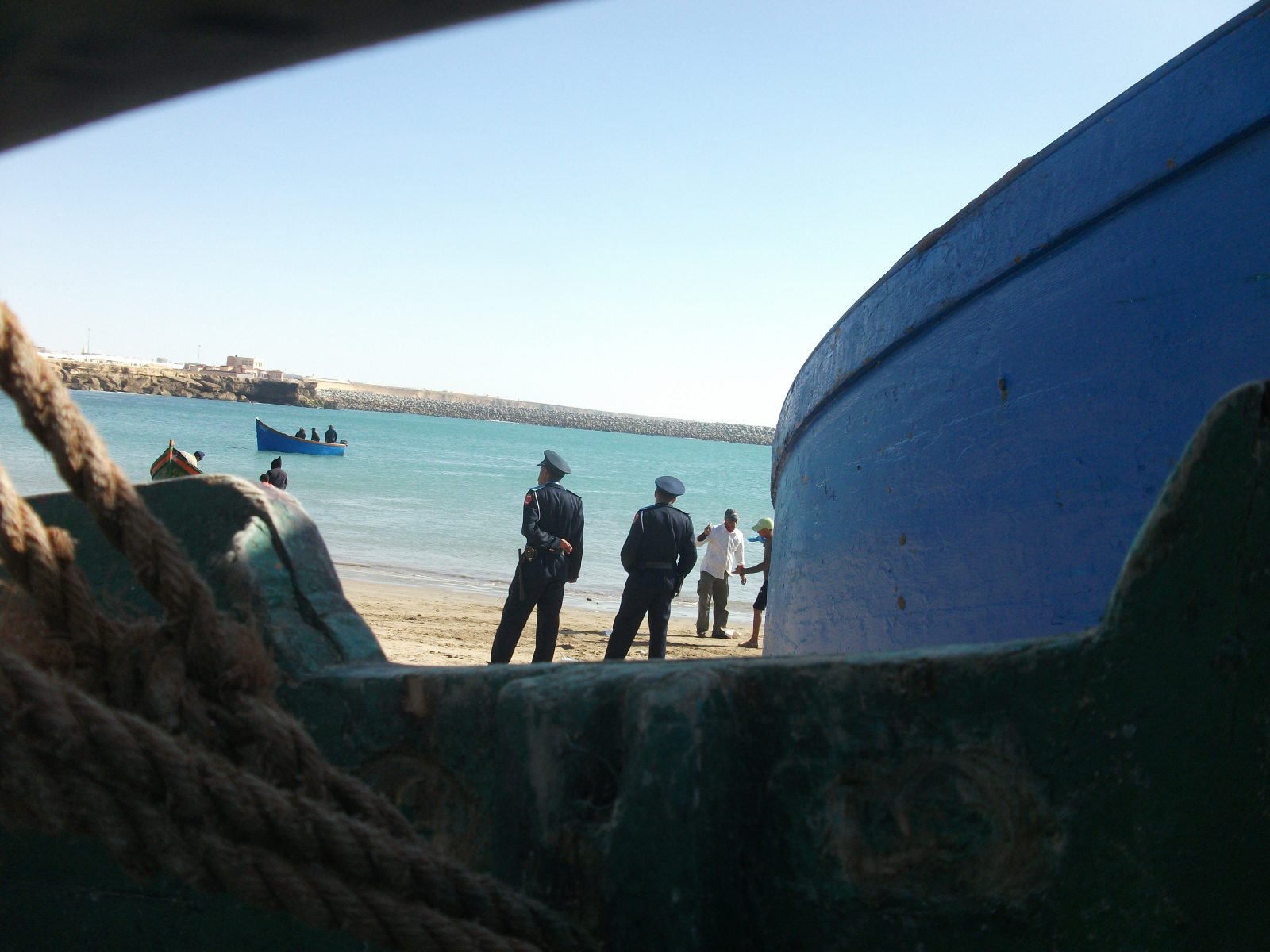 The European Union’s fleet operates in the occupied waters through an illegal bilateral fisheries agreement with Morocco. In 2018, the Court of Justice of the European Union struck down the application of the agreement to Western Sahara, as Morocco has no sovereignty or jurisdiction over the waters adjacent to the territory. The EU institutions ignored the judgment and continued the practice, only this time referring to Western Sahara explicitly as part of the deal’s scope.

The controversial fisheries cooperation between the EU and Morocco dates back to 1988, as Spain acceded to the EU. In 1975, upon abandoning its colony, Spain had made a deal with Morocco whereby it allowed Morocco to occupy Western Sahara in return for fishing opportunities. As part of the financial compensation to Morocco for access to the fish stocks of Morocco and Western Sahara, the EU is funding the development of the Moroccan fishing sector. Most of that sectoral support has been used to build fisheries infrastructure on occupied land, with the EU’s approval. The EU is in this way funding housing for settlers, port infrastructure, freezing halls, energy and technology in the part of Western Sahara that Morocco holds under military occupation.

Most of the EU's fishing under the agreement is carried out in Western Sahara. An independent evaluation ordered by the EU Commission revealed that industrial pelagic trawling on stocks in the territory accounted for 92% of the total weight of all catches made under the 2014-2018 Protocol.

The people of Western Sahara have always spoken out against the EU's fisheries in their territory. And they’re not alone. Author of the UN Legal Opinion on the exploitation of Western Sahara’s resources Hans Corell has time and again condemned the EU’s misuse of his text. Former UN Special Representative for Western Sahara Francesco Bastagli has denounced the EU’s practice as a violation of international commitments.

Russian trawlers have been fishing in Western Sahara under the Russia-Morocco fisheries agreement since 1992 – around 10 Russian trawlers are allowed an annually reviewed quota, averaging around 140,000 tonnes. Japan’s first cooperation agreement with Morocco was the fisheries agreement of 1985: ever since, Japanese vessels have obtained permits to fish tuna and bonito, and have offered financial and technical support to Morocco, which has used this for the development of the fishing sector in Western Sahara.

Shipped elsewhere
Large quantities of the fish caught offshore Western Sahara are not landed locally. Instead, so-called reefers - refrigerated cargo ships - anchor up next to large fishing vessels just offshore the fishing town of Dakhla. A single reefer can take in as much as 5,000 tonnes of fish. Then, the cargo is transported mainly to markets in West African states.

To compare: the Saharawi refugee camps, that host half of the people of Western Sahara, used to receive an annual 900 tonnes of canned fish in humanitarian aid, until that practice was stopped for financial reasons a few years back.

One of the reefer companies, Green Reefers from Norway, has received particular attention. In 2019, one of the company’s vessels came close to being arrested in South Africa, which had also sent out an arrest warrant for the vessel to its neighbouring countries. The vessel planned to transport Western Sahara fish, caught by the Russian fleet offshore the occupied territory, into South Africa.

A substantial volume of fish ends up frozen directly in Spain. The octopus at the Spanish market is to a large extent caught off Dakhla. The frozen fish sector in Western Sahara is bigger than in Morocco proper. In 2018, 101 out of the 194 fish freezing companies operating in Morocco, were actually established in occupied Western Sahara.

Processing industry: fish oil and fishmeal
The port of Bremen is the EU’s gateway to the fishmeal industry in occupied Western Sahara. The importer, Köster Marine Proteins, is the largest fishmeal dealer in Europe and uses the Hansakai port facility owned by J. Müller – described as the “biggest and the most modern fishmeal terminal in Europe”. The fishmeal can be loaded onto ships, trains or trucks in containers or big sacks after customs clearance. WSRW estimates that the Bremen imports could account for approximately 12% of the value of all fishery products exported annually from the occupied Western Sahara to the EU.

WSRW launched a report on the trade in December 2020.

WSRW has uncovered that the value of the fishmeal trade to Turkey is one of Morocco's largest revenues in the entire plunder of the territory. In 2020, 15 shipments were made to Turkey, transporting over 49,000 tonnes of fishmeal.  The value of this conservative estimate could be around 70 million USD alone in 2020. The exports in 2019 were probably larger, our assessments show.

In 2019, two tankers delivered fish oil from occupied Western Sahara to the port of Rotterdam, constituting the first such delivery since January 2017, when the Key Bay tanker offloaded its fish oil cargo in France. The probable importer there, Olvea, has never responded to any questions on the matter from civil society groups or media. It has not yet been established which European company is taking in the shipments in the Netherlands. Up to 2010, the leading importer of fish oil from occupied Western Sahara was the Norwegian company GC Rieber. The trade, which had been ongoing for a decade, stopped after Scandinavian media had documented the magnitude of the imports. GC Rieber imported fish oil directly from Western Sahara, but also through its refinery in Tan Tan where fish from the occupied territory was refined. The Norwegian government ordered the company to pay €1,2 million as a rather symbolic amount of non-paid customs for declaring the Western Sahara fish products as Moroccan upon entering Norway.

Unsustainable fisheries practice
Though a 2011 independent analysis had already demonstrated the near total depletion of the stocks off Western Sahara, fishing activity to date remains rampant. Moroccan fishermen are active in the waters, often using retired European fishing vessels as demonstrated by the 2014 “Exporting Exploitation” report by Greenpeace in collaboration with WSRW. The EU’s 2017 evaluation report on the Union's fish deal with Morocco revealed that except for sardines, all pelagic species “in the south” - i.e. Western Sahara - were either fully or overexploited, as a result of years of intense fishing by local, EU and other foreign fleets. This dramatic conclusion was repeated by the UNFAO Fishery Committee for the Eastern Central Atlantic late 2018.

Western Sahara Resource Watch for the first time presents an overview of the transports of frozen fish from occupied Western Sahara. Near all of it ends up in West African harbours.