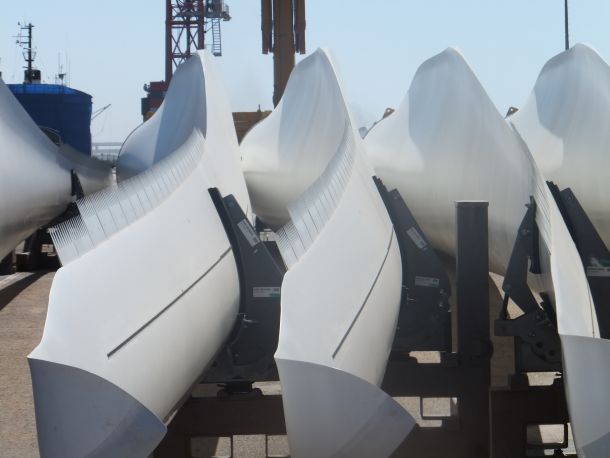 A subsidiary of French multinational VINCI SA will carry out a project that is essential to connecting the controversial energy projects of occupied Western Sahara to Morocco's national electricity grid.

The UN was sent to the Western Sahara in 1991 to carry out a referendum on independence. Morocco refuses the Saharawi people its rights, and will now connect the king's renewable energy projects in the territory to the Moroccan city of Agadir. (UN Photo/Martine Perret)

The Moroccan Agency for Electricity and Drinking Water (ONEE) has contracted French engineering company VINCI in February 2021 to construct a 400 kV transmission line between El Aaiún and Hagounia, a location just south of the border between Morocco and occupied Western Sahara. The contract was awarded to VINCI's subsidiary Cegelec.

“The cable will lay the grounds for what we have feared for years. Now, Morocco's illegal energy infrastructure in Western Sahara will start supplying Moroccan cities with energy. Later, this will be connected to the EU grid. VINCI's contract fundamentally undermines the chance for peace in the territory”, stated Sara Eyckmans of Western Sahara Resource Watch.

Cegelec and its Moroccan partner Medicable had the winning bid - an offer of reportedly $25.9 million - in a tender process in which ENGIE, Larsen & Toubro and Elsewedy also participated. The construction of the 127-km extra high voltage line will be financed in equity by ONEE.

Western Sahara Resource Watch (WSRW) sent a letter to VINCI SA on 30 April 2021, asking the company to clarify how it relates to the legal status of Western Sahara. The company responded on 17 May 2021 by referring to their Human Rights Guide, without answering any of the raised questions. WSRW wrote back that same day, insisting on further clarifications – particularly because the specific and unique status of Western Sahara means that it is not covered by standard human rights guides and as such merits additional appraisal. To date, VINCI has not replied.

The transmission line that Cegelec will put up is part of a broader project that aims to construct extra high voltage lines between El Aaiun and Agadir in Morocco proper. Essentially, these lines will be used to offload electricity from the power plants in occupied Western Sahara - all owned by Nareva, the Moroccan king’s energy company – for transmission to Morocco.

Within that broader project framework, ONEE has already launched a tender for the construction of the transmission lines connecting Hagounia with Agadir. Reportedly, the project has already received financial backing from the African Development Bank. WSRW sent a letter to the AfDB on 3 May 2021, asking whether the Bank was aware of the full scope of the project, namely: connecting the renewable energy plants in occupied Western Sahara to Morocco's electricity grid. AfDB has not responded.

The reinforcements to ONEE's southern grid in Morocco proper should allow for the distribution of electricity generated by existing or future wind and solar farms in northern Western Sahara, near El Aaiún and Boujdour. Most of these are operated by Nareva, a subsidiary of the royal holding company Al Mada, and include the currently operational 50 MW wind farm in Foum el Oued and the 200 MW Aftissat wind farm, in addition to the 300-MW power plant in Tiskrad and a 100-MW power plant in Boujdour to be built by Enel Green Energy and Siemens Gamesa. It should be noted that all these wind farms run on Siemens turbines.

None of Morocco's plans and contracts are drawn with the consent from the representative body of the people of Western Sahara.

It is not the first time that VINCI is involved in projects in Western Sahara. In 2015, a subsidiary of VINCI, Entrepose, undertook the controversial operation for drilling for hydrocarbons on behalf of San Leon Energy. The operation is the only such drilling ever undertaken since Morocco illegally occupied parts of Western Sahara in 1975.

The plans to connect the renewable energy generation in Western Sahara to Morocco are not new. Already in 2017, ONEE had selected German company Fichtner and French company RTE International to carry out the work. WSRW is not aware of what happened to these plans.