Picture above: Demonstration in front of Incitec Pivot's AGM in 2009, at a time when the company imported in large scale from occupied Western Sahara.

The Panama-flagged vessel Clipper Isadora (IMO: 9883091) is at present heading through the Indian Ocean towards the port of Geelong, Australia. The vessel is estimated to arrive with a cargo of phosphate rock from occupied Western Sahara on 15 October 2022. It is the first shipment of Western Sahara rock into Australia in six years.

The port of Geelong is home to a fertilizer production plant owned by the Australian fertilizer company Incitec Pivot Ltd (IPL). It is for this particular factory that IPL used to import the conflict mineral for decades, until it received its final shipment in December 2016. IPL was the last of three Australian fertilizer companies that had previously imported the contentious commodity, and it was believed that the company had terminated its controversial practice.

The cargo currently en route for Geelong originates from the Bou Craa mine in Western Sahara, and is exported by the Moroccan state-owned phosphate company OCP. Morocco has no legal right to export such phosphates from the territory that it holds under occupation. The ship picked up its cargo during its stay in El Aaiún harbour from 28 August to the evening of 5 September.

Western Sahara Resource Watch (WSRW) wrote to Incitec Pivot regarding the Clipper Isadora on 20 September. The company has confirmed receipt of the letter, and has told that an answer is on its way.

The indication of Geelong as port of arrival was signaled by the ship once it passed through the Suez Canal on 17 September. The vessel's movements can be followed live on the website Marinetraffic.

In 2019, three years after the last observed shipment to Incitec Pivot, WSRW asked the company whether it would release a statement that it will not resume phosphate imports from Western Sahara in the future. No reply was received.

Due to the history of IPL imports to the port of Geelong, the lack of clarity from the company in terms of its Western Sahara policy, and the lack of answer from IPL on the current Clipper Isadora case, WSRW considers it likely that the cargo aboard the vessel is destined for IPL.

The route via Suez is unique. All shipments that WSRW tracked from Western Sahara to Australia in the past sailed via the Cape of Good Hope in South Africa. In 2017, the vessel NM Cherry Blossom was detained in Port Elizabeth, South Africa, in transit to New Zealand and the South African High Court ruled that the cargo had been stolen and illegally exported. No phosphate shipments have taken that route ever since.

Over the last decade, Incitec Pivot has been excluded by numerous larger shareholders due to its purchases from the occupied territory. However after its apparent termination of imports from 2016 onwards, its share was let in from the cold. If Incitec Pivot has now resumed imports of phosphate rock from the territory, it is the only stock-exchange registered company in the world to do so.

Due to the company's lack of guarantees and inability to answer questions from WSRW, the company has remained on 'the observation list' in the WSRW report series P for Plunder which traces the phosphate trade from the territory.

"It is saddening that an Australian company and Australian farmers are again taking part in funding the brutal occupation of Western Sahara. If Incitec Pivot now has resumed imports from the territory, we believe responsible investors can no longer include IPL shares in their portfolios. Investors must be assured of proper guarantees that IPL's procurement and supply chain policy would prevent even occasional importation of phosphate rock from the Bou Craa mine in Western Sahara", stated Cate Lewis from WSRW in Australia.

WSRW calls on investors to exercise pressure on Incitec Pivot regarding three aspects:

The Clipper Isadora can normally carry up to 60,000 tonnes of cargo. However, the vessel seems only to have reported a two meters draught after loading in El Aaiún. As the ship has a maximum draught of more than six meters, it is probable that she carries only around half of her maximum capacity.

Accidentally, it is only four months since Clipper Isadora last called at the port of Geelong. From 21 to 24 May 2022, it was docked in Geelong (Lascelles Wharf, Berth No 1 South) after having visited Portland. Both Australian ports are locations of IPL factories. 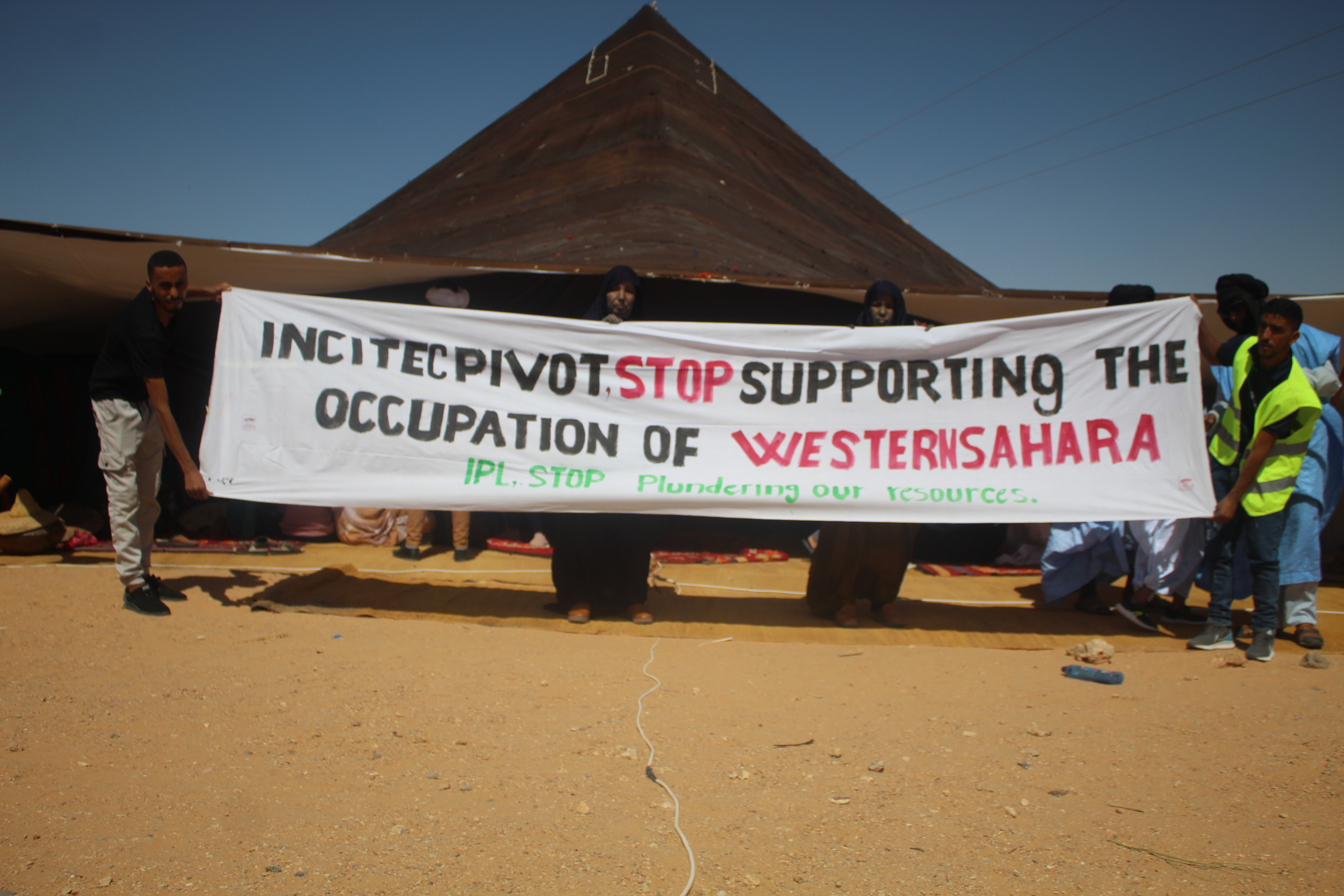